I will end the Museveni Junta, Besigye preparing to stand in 2021 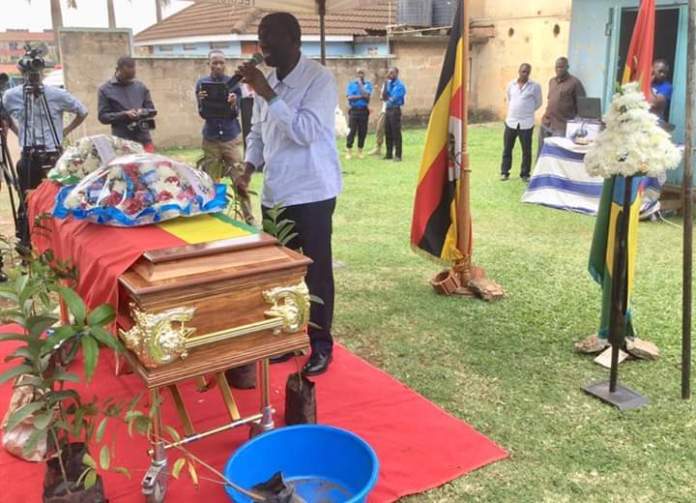 Being a founding member of the FDC, the Party in a special way paid its last respects at the FDC Party Headquarters in Najjanankumbi where the files and ranks paid tributes and eulogised the late Hon. Bbaale as selfless, committed, principled and a patriotic Ugandan.

Besigye said Baale has been a highly consistent, courageous and deeply committed fighter for freedom and justice and his death highlights the dysfunctional and shambolic healthcare system of the country.

At the same event Besigye vowed to double his efforts in bringing an end to the NRM/Museveni Junta promising that he is not ready to throw in the towel as long as Museveni still appears on the Ballot paper.

“This is all the more reason we must double our efforts to end the NRM/M7 Junta. We won’t let you down- Rest in Peace.”

Burial is today at 4pm at his ancestral burial home at Kalongo Miti in Kasana Town Council Luweero District.