Museveni says he too can use social media like the youth 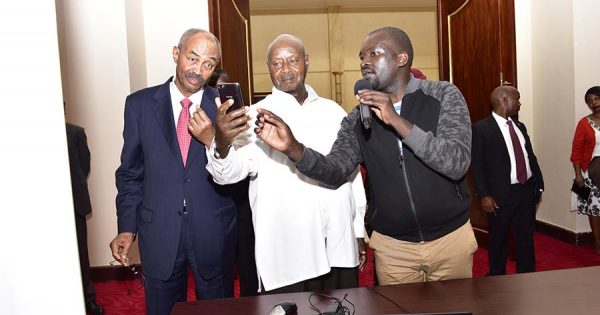 The latest presidential rants came as he officiated over a meeting with youth representatives from across the country under their umbrella body the National Youth Council in Jinja District this week.

Museveni called on youth to uphold and protect the African cultural heritage and not be swayed by the western world which he described as “sick’’.

“The West doesn’t have spectacles to see the difference between a woman and a man. They are sick. The culture heritage must be maintained but others like our traditional subsistence methods that have claimed over 68% of the population, must be changed,” Mr Museveni said.

Mr Museveni also took time to offer some grandfather kind of advice on what he called “social discipline” saying;

“You go to bars and they are full, you go to where they are roasting pigs and the places are full. This is social indiscipline and it is part of the problem we are facing,”

“Youth should know that when speaking to me, they are speaking to someone who was once a former youth. I was a youth but extraordinary youth, who was better than my elders at the time. I preached a change to modern methods of farming when people in Ankole still believed that commercial farming was only for the elite,” he said.