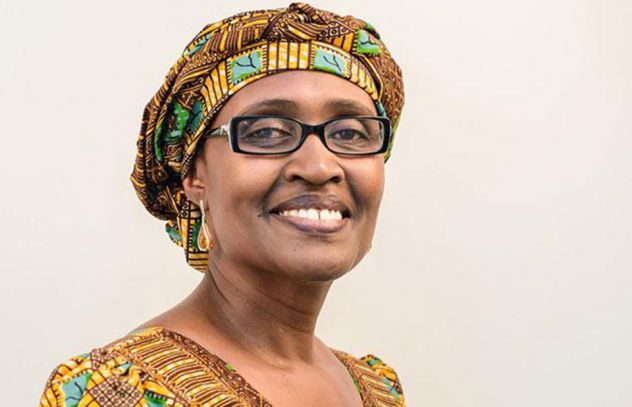 After 7 years at the helm of Oxfam, Winnie Byanyima is finally leaving and heading out to the United Nations to lead another International Organization; UNAIDS!

UNAIDS is the Joint United Nations Programme on HIV/AIDS (UNAIDS) that leads and inspires the world to achieve its shared vision of zero new HIV infections, zero discrimination and zero AIDS-related deaths. UNAIDS unites the efforts of 11 UN organizations—UNHCR, UNICEF, WFP, UNDP, UNFPA, UNODC, UN Women, ILO, UNESCO, WHO and the World Bank—and works closely with global and national partners towards ending the AIDS epidemic by 2030 as part of the Sustainable Development Goals.

Winnie Byanyima in explaining her move said “… people living with HIV/AIDS encouraged me most strongly to apply and lead the global effort at the UN to fight HIV/AIDS.”

She also added that coming from Uganda, she has a strong attachment to the global fight against HIV/AIDS which was very rampant in her home country.

“I have very personal reasons for doing so. I lost my brother Bernard to AIDS as well as many comrades, friends and relatives.” Byanyima added

“I am honoured to be joining UNAIDS as the Executive Director at such a critical time in the response to HIV,” said Ms Byanyima.

“The end of AIDS as a public health threat by 2030 is a goal that is within the world’s reach, but I do not underestimate the scale of the challenge ahead. Working with all its partners, UNAIDS must continue to speak up for the people left behind and champion human rights as the only way to end the epidemic.”

Ms Byanyima began her career as a champion of marginalized communities and women 30 years ago as a member of parliament in the National Assembly of Uganda. In 2004, she became the Director of Women and Development at the African Union Commission, working on the Protocol on the Rights of Women in Africa, an international human rights instrument that became an important tool for reducing the disproportionate effect of HIV on the lives of women in Africa.

She holds an advanced degree in mechanical engineering (in energy conservation and the environment) from the Cranfield Institute of Technology and an undergraduate degree in aeronautical engineering from the University of Manchester.

Winnie is also the wife to Uganda’s long time opposition icon Kizza Besigye and her family strongly contributed to the NRA war in the 80’s.