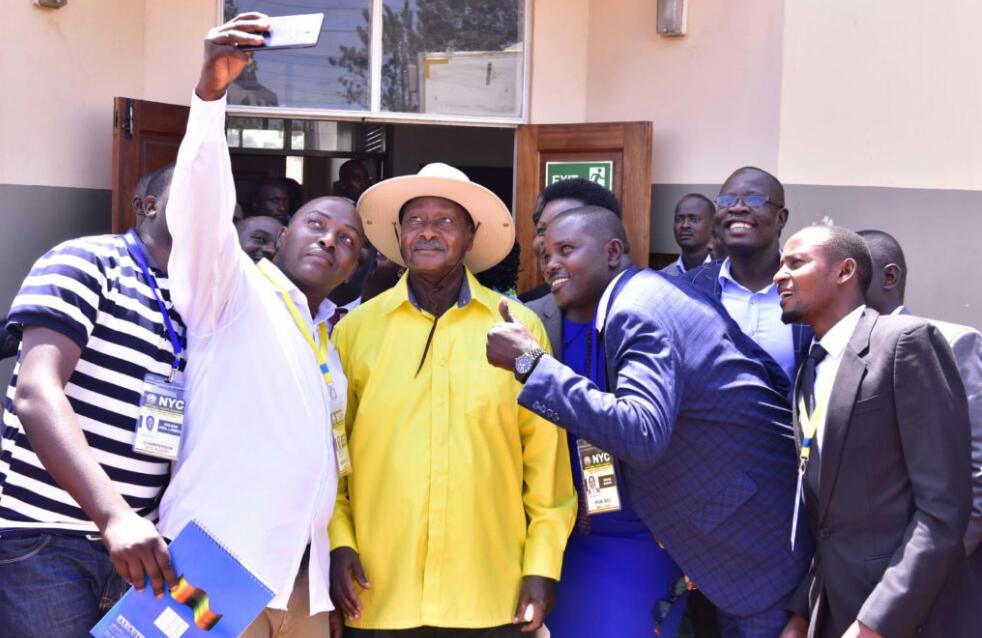 As President Museveni continues traversing around the country before official campaign team, we have received exclusive information that he is not taking any chances since he will be battling the magnet of change Kyagulanyi Ssentamu (Bobi wine). In a bid to extend his 1986 rule he has recruited youth formerly attached to the Amama Mbabazi camp to take lead in dismantling the People Power Movement led by Bobi wine.

During the 2016 elections, Mbabazi had a well-coordinated team of Youth who had vowed to unseat President Museveni and often talked about how they had the capacity to overthrow NRM nearly convincing the anti Museveni forces to grant Mbabazi opportunity to become the sole opposition candidate under TDA.

Even when TDA talks failed, these youths were lined up on the frontlines to oust President Museveni but in a strange twist, the state machinery did not clamp down heavily on them as it did with FDC supporters. Another version, however, is that these youth were purposely sent into Mbabazi’s team in order to dismantle it from within. Since the end of the 2016 elections, many of these Mbabazi loyalist youths stayed silent until early this year when they resurfaced as NRM prodigal sons.

In January when the president launched Team Thorough YKM 2021, it emerged that the team comprised some of youths wooed back from Mbabazi. These campaigners have been recruited to prop up President Museveni’s early campaign and it has come to our notice that President Museveni has invested heavily for them to move from village to village dismantling the People Power Movement.

There is exclusive information that there task is recruit about  40 people per village from about 60,000 villages which makes it a total of about 4 million voters  even before the first ballot is cast in 2021.

According to Kamuntu, the team is rigorously dismantling Bobi Wine’s People Power, Kizza Besigye’s FDC and Maj Gen Mugisha Muntu’s Alliance for National Transformational (ANT) structures. They believe these have potential for raising enough dust to cause Museveni trouble.

On why the sudden change of Guards, Kamuntu who doubles as the coordinator for the team 2021 said there is realization in the NRM that the youth excitement caused by Robert Kyagulanyi aka Bobi Wine is too important to ignore.

“We can’t underestimate their capacity of causing disruptions during the elections; that’s why we are organizing to counter them. We know their capacity and think they are more sophisticated than Go Forward (Mbabazi’s campaign team of 2016).