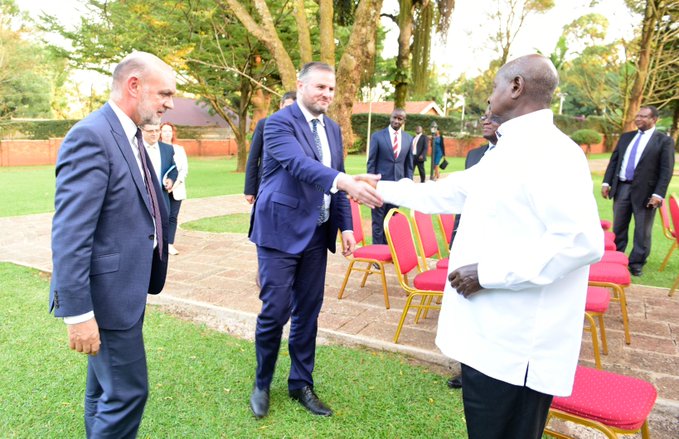 President Museveni has met with the UK Minister for Africa, Mr. Andrew Stephenson, and his delegation.

The meeting was aimed at exploring ways of improving trade and create more markets for European and African countries. Uganda continues to be a vital partner for the British owing first to our colonial legacy and to the existence of several investments for British citizens.

At the meeting, Museveni informed the Minister and his delegation that Africa has a high purchasing power and cornucopia of raw materials. He also added that the only challenge Africa has is the lack of processing industries.

Museveni called upon big British processing companies to come in, invest in Africa and bridge this gap so as to help Uganda and Africa to attain economic prosperity which is good for the entire world.

Museveni meets this UK delegation as rumours gather about his partnership and relevance to especially world super powers who are seen to be supporting his tight grip to power in Uganda. It is said that Museveni is the axis around which world powers have hinged the security of the Great Lakes region.

It still remains to be seen when foreign powers like Britain will stop their support to dictators in Africa.