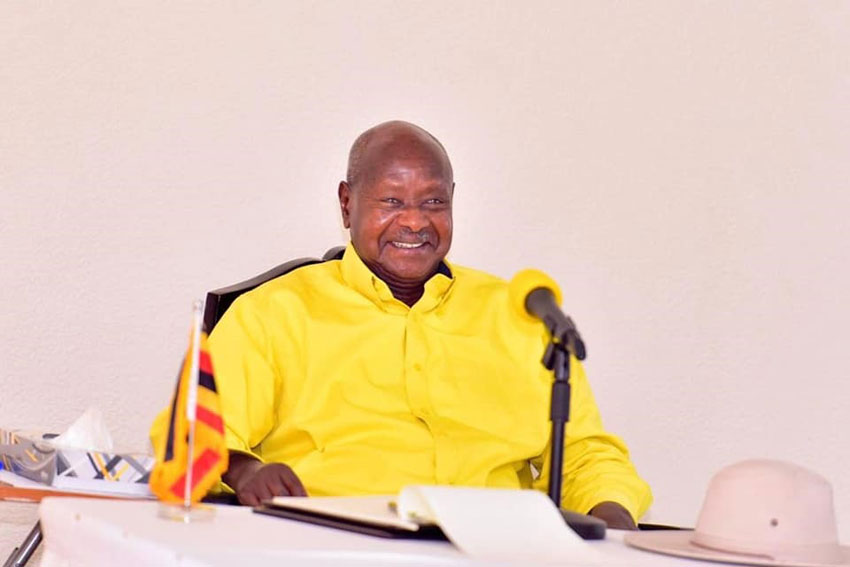 President Museveni has surprisingly come out and taken a swipe at MPs for wanting a seven-year term: “It is good the Supreme Court told them that when you’re cooking you don’t dish for yourself”.

The President says that the MPs were getting themselves into a trap and he advised them. He further added that many of them had seen the light but a few went ahead to amend the constitution for their personal benefit.

These comments by Museveni are as ridiculous as they are confusing. It is not clear why a man who has benefited from the MPs folly should come out and make fun of them yet they helped him rape the national constitution for his benefit.

It seems that now the MPs who supported the lifting of the age limit are beginning to see the real colours of Museveni. He has proved himself a selfish man who uses others for his own benefit. That he wanted them to lift the age limit but could not allow them to extend their tenure reflects the selfishness of the man that many in opposition have been talking about.

However, deservedly so, it is good that Museveni has come out to openly betray the MPs who are busy going around praising them. Many of them are shamed and we think this is just the beginning. Come the next election, Museveni is definitely going to throw many of these MPs under the bus before the electorate. For him, it does not matter who is MP, he knows that whoever occupies the space can be brided with either money or coerced by the use of force.

As we head into 2021, the political climate is taking shape and Yoweri Museveni the trickster continues to fund a nationwide smear and appeasement campaign whose aim is to benefit no one else but himself. The question is, will Ugandans finally be able to look beyond his lies?