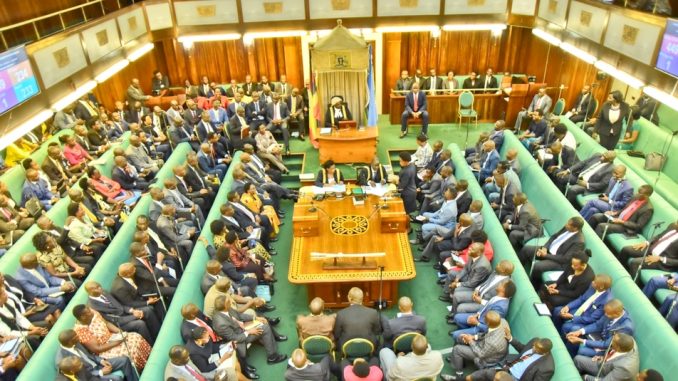 Members were responding to a bill, that among others, sought to remove the mandatory death penalty prescribed by the Penal Code Act, the UPDF Act as well as the Anti-Terrorism Act as well as to restrict the death penalty to certain specified serious crimes by converting other provisions prescribing a death penalty in these enactments into imprisonment for life.

The Bill was necessitated by the cases of Attorney General versus Susan Kigula & 417 others, Supreme Court Constitutional Appeal No. 3 of 2006, Tigo Stephen Versus Uganda, Supreme Court Criminal Appeal No 8 of 2009 and international instruments where Uganda is a signatory to the International Convention on Civil and Political Rights.

MPs sitting on the Sectoral Committee on Legal and Parliamentary Affairs rejected the proposal saying that the matters that the Bill sets out to address have been addressed under the Sentencing Guidelines for Courts of Judicature (Practice) Directions 2013 issued by the Chief Justice.

However some human rights activists are not happy with the move saying that the purpose of the Bill was to the effect that the Supreme Court decision in regard to mandatory death penalty is unconstitutional and also reduce the number of offences that attract death from 28 to one which is murder.

Uganda is one of the countries that has upheld the death sentence, even when many countries are scrapping it. However, the country has not hanged anyone sentenced to death in over 20 years. A landmark ruling, Attorney General versus Susan Kigula & 417 others, saw the supreme court ruling that all convicts who spend 3 years on death row without being executed shall have their sentences converted into life imprisonment which is 20 years in jail.