Parliament to investigate claims of existence of safe houses in Kyengera and Kalangala. 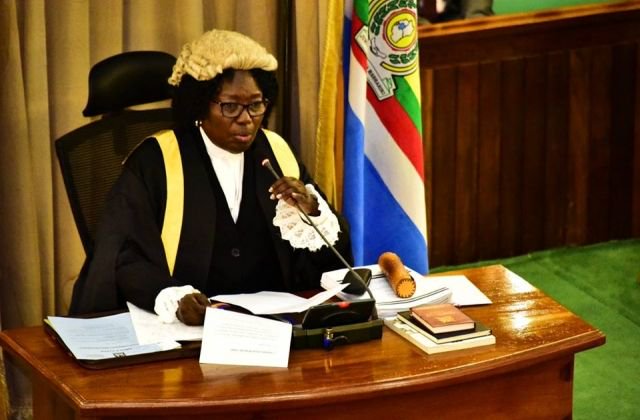 The Speaker of Parliament has directed the Human Rights Committee to investigate allegations of existence of safe houses being ran by the Internal Security Organisation(ISO) in Kalangala and Kyengera. The Speaker also directed the security minister Gen. Elly Tumwine to appear before the house to respond to the allegations.

The Speaker’s directive followed a complaint raised by Kawempe North MP, Latif Sebaggala. Hon. Latif rose on a point of National Importance, through which he said that some of his constituents were being detained in a safe house in Lwamayuba, Kalangala district. He also said that a number of people have gone missing and they are allegedly being detained by ISO in safe houses.

Latif’s information was backed up by Arua MUnicipality MP, Hon. Kasiano Wadri, who said that ISO runs a safe house in Kyengera where many political actors are taken and tortured. He addded that during the Arua Saga, some people were transported to this Kyengera safe house and tortured to near death.

Hon. Latif further gave a chilling account of one of the people taken to the safe houses. “We have heard complaints from the people we represent over missing persons, people get kidnapped and it takes time without their trace, this is happening nationwide. Over the weekend, I was approached by those who managed to escape and said that so many Ugandans are kept in ungazetted areas,” he said.

“It is alleged that Lwamayuba is the new Nalufenya, there are many containers where people are kept and tortured severely. These people told me that over 400 Ugandans are tortured from that Lwamayuba in Namayuba zone in Kalangala Island. People from ISO are the ones responsible for torturing people from that place,” Hon. Latif said.

The allegations of torture in safe houses are not new. Ever since Col. Kaka took over the reigns at ISO, many complaints have surfaced over kidnaps of people in the city, who are then taken to a safe house in Kyengera. The people are held incommunicado and they are denied any legal representation or visits from relatives.

Recently, the Uganda Law Society threatened to sue Kaka after a lawyer was kidnapped from his chambers in Kabalagala and taken to Kyengera where he was detained for almost a week. He was later released without any charges. The Law Society contends that ISO acts outside the law since it has no authority to arrest nor detain any suspects.