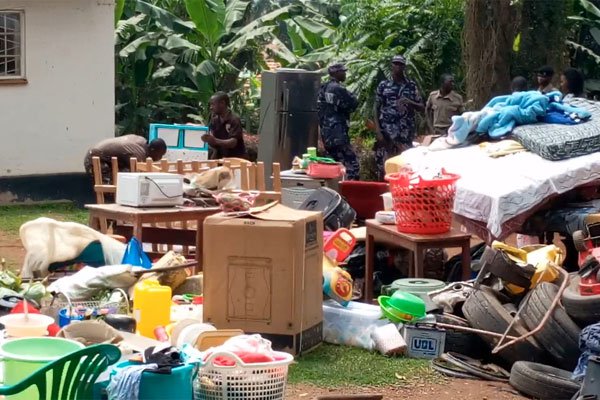 According to Uganda Radio Network, Eng Frank Kitumba, the former Director Directorate for Information and Communication Technology Support at Makerere University, has been evicted from the university house.

He was evicted on Friday by a team from the University Estates, Works Directorate, security guards and police officers.

Mr Stanley Okecho, Eng Kitumba’s lawyer described the eviction as unfortunate and a contempt of the law. He says his client should not have been evicted before his salary and gratuity arrears amounting to almost 200 million are paid.

According to Mr Okecho, it is wrong to humiliate Eng Kitumba, who headed a team that stopped the alteration of student marks in the university’s internal data systems by unscrupulous staff.

He said police officers who conducted the eviction were authorised by Mr Philip Acaye, the chief security officer of the university.

Section 43 (4) of the Employment Act stipulates that where an employee is being housed by the employer, he/she shall not be required to vacate the premises until his/her retirement benefits are paid.

The same act provides for the payment of an employee’s wages and any other remuneration and accrued benefits to which he or she is entitled to in case of termination of his or her employment.

Eng Kitumba accuses the university’s top management of conniving to illegally throw him out of the house.

It is alleged that Eng Kitumba and his colleagues recommended to government to take over the collection of all fees after suspecting under-declaration of fees by university managers.

He says that his lawyers has petitioned the Kampala Capital City Authority Labour Office, but Makerere University is yet to respond.