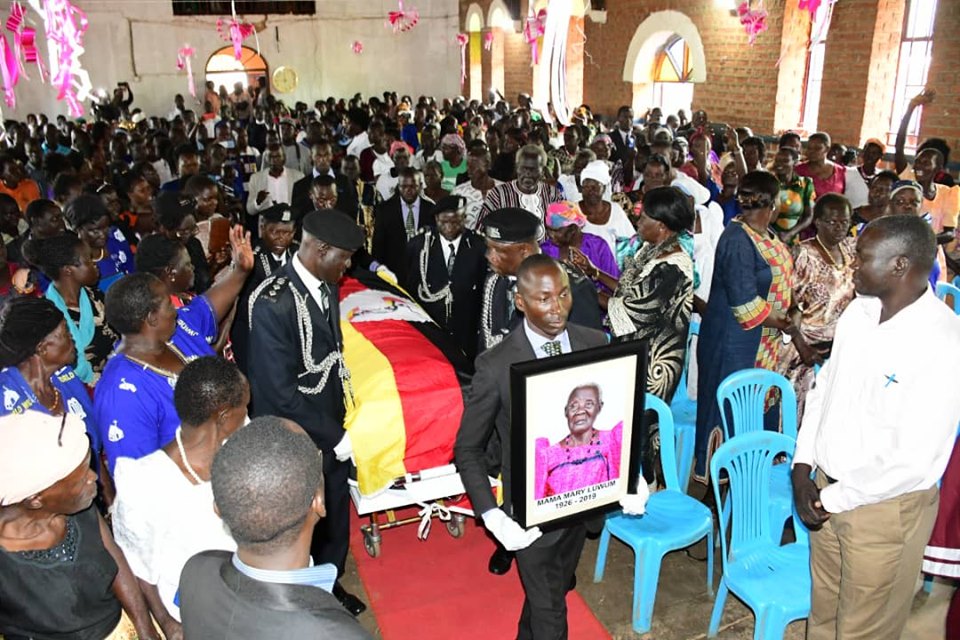 Police in Kitgum arrested a man over attempting to steal condolences worth 10 million which President had offered the Family of the late Janan and Mary Luwum.

The DPC Kitgum, Mr. Moses Bwire  noted that they were holding the suspect at Kitgum Central Police Station who is believed to have travelled from Kampala.

The suspect reportedly stole the envelope from Ms. Phoebe Aber Luwum as remains of Mary Luwum were being lowered into the grave at the burial site in Mucwini.

The President had been represented by the Prime Minister Ruhakana Rugunda who handed the President’s condolences worth 10m to one of the family members before it was stolen.

“I think he (suspect) knew that this lady (Phoebe) had the money. So when they went to the burial ground, he opened the bag and removed the money,” Mr Bwire, said.

The suspect believed to have traveled all the way from Kampala attempted to steal the condolence envelope during the three gun salute where he was seen dropping the envelope down, stepping on it before he was picked on by one the Prime Minister’s security personnel who alerted others to arrest him.