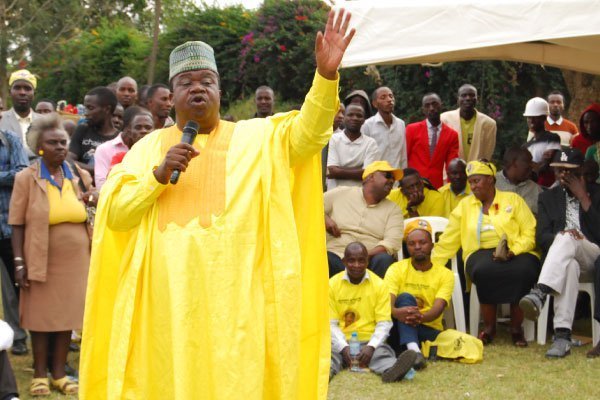 Maj.Gen.Kahinda Otafiire , the minister of justice and constitutional affairs  has warned Kyadondo East Member of Parliament Robert Kyagulanyi aka Bobi Wine to stop “misleading” the public by using the phrase People Power to lure  Ugandans into demanding change.

Otafiire noted that Bobi wine and colleagues should stop misleading people by identifying his movement as people because People Power is derived from the ballot box and the current NRM leadership is ready to guard that power by all means.

His statements were made while receiving the people who are believed to have crossed from FDC to the National Resistance Movement in Kabarole.

Otafiire said that government will not tolerate any person luring the public into demanding for change adding that People Power can only be attained through elections not by words and propaganda declaring that their Power will be guarded using the Army, Police ,Air force and People .

He further said that anybody who thinks that they are exercising authority without being elected by the people will get into trouble for inciting violence.