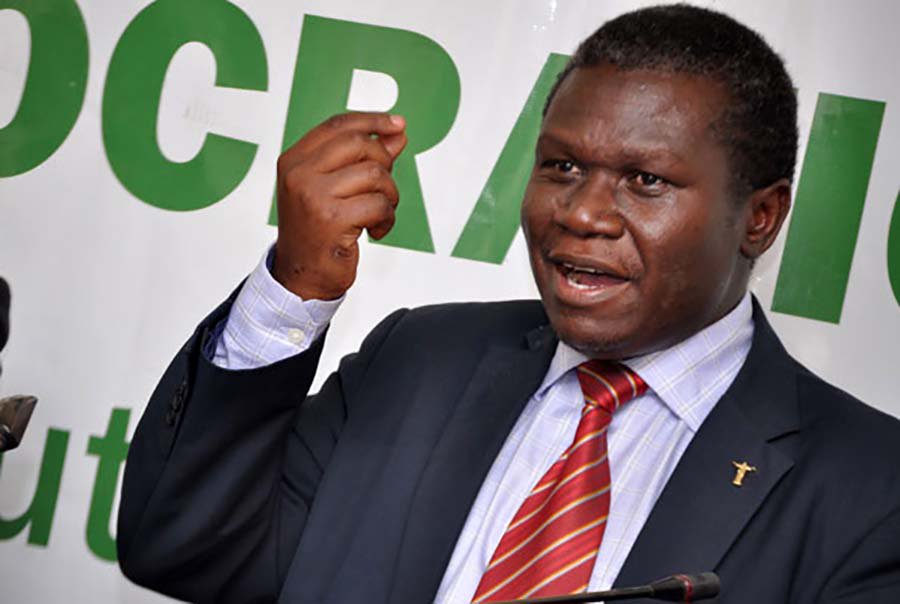 President General of the Democratic Party (DP), Mr. Norbert Mao has asked the embattled Investment Minister Evelyn Anite to stop panicking but join the opposition to  fight the mafias in government who she accuses of plotting to end her life and leak her nudes.

While speaking to journalists, Mr. Nobert Mao told the Press that the only way she can fight the Mafia is joining the Opposition because her cries of how they want her dead will not solve anything or else she will end up like Kirumira.

“We ask Ms Anite to resign because she is not a soldier and nobody should stop her from resigning because crying will not stop the so called mafias from getting her,” Mr Mao said.

Mao referred Anite to the Kirumira case, Mohammad Kirumira the former Buyende DPC was shot dead months after he publicly announced that the mafia gang was plotting to kill him adding that members of the gang are shameless and ruthless.

“This mafia kind of politics is what we call the politics of commission. Getting money  out of a transaction involving the Ugandan government .I warn the so-called mafias that they cannot kill everybody and time will come when their government will come to an end,” he said.

On Monday, Ms Anite called a press conference and announced that “enemies of the people” who are members of the mafia found of intimidating and robbing from Ugandans are plotting to kill her, over the Uganda Telecom audit debacle.

However she refrained from naming members of the mafia gang but revealed that they had been holding meeting in government offices and high end social places where they are discussing on how to do away with Anite since has become an enemy of their progress.

Despite Anite’s cries, Mr. Mao noted the DP wants  a forensic audit of UTLa advising that the struggling telecom company should not be sold to private investors but rather Government should just seek a strategic partner because Ugandans want a telecommunication company that belongs to Uganda.

Ms Anite,  who is also the Koboko Municipality Member of Parliament shot to prominence after kneeling before President Museveni in 2014 and begged him to be the sole presidential candidate for the ruling  National Resistance Movement party  before the 2016 general election.

In September 2017, at the height of the push to scrap the presidential age limit from the Constitution, Ms Anite raised political stakes when she announced that the UPDF, which is ideally a non-partisan nation force, was siding with a group that was pushing for the amendment to allow Mr. Museveni, 75, contest in 2021 but it is unfortunate that she has now come run back to the Public for sympathy since the Majje can’t help her.