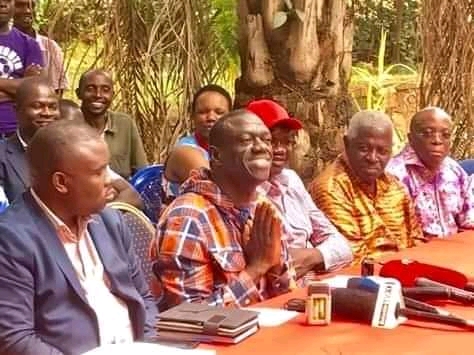 The four time FDC presidential candidate, Rtd. Col. Dr. Kizza Besigye has rejected the shs 10 million in damages suffered at the time government scooped him out of a plane aboard to Entebbe from Nairobi.

High Court judge, Musa Ssekaana had ordered government to pay shs 10 million to Dr. Besigye for the embarrassment he suffered at that moment when he was kicked out of a Kenya Airways passenger plane. From the time he swore himself as president, Dr. Besigye had fled the country for nearly a month. His pronounced return was widely publicised which prompted the security to be on stand by to encounter any people who would block the roads to welcome him.

“I suffered at the time the operatives brutally kicked me off the plane. Shs 10m cannot be worth by freedom and dignity”, said Dr. Besigye at court yesterday. “I would take shs 300m for the damages but not petty money”, he added.

In the year 2016, senior politicians like city Lord Mayor Erias Lukwago along with several opposition politicians were at the airport to welcome back Besigye till other passengers aboard the same flight told them that Besigye had been whisked off the plane unto a waiting vehicle by security operatives.

He was driven out of Entebbe via the old airport used by the UN to his home in Kasangati. The FDC and Police had been trading barbs since expected return on September 29, 2016 had been cancelled for unknown reasons and rescheduled to another day