Teddy Bujingo runs to High Court, wants case out of Grade one court 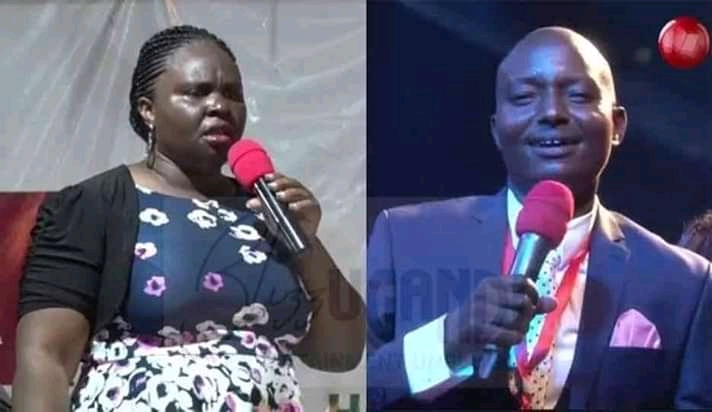 The embattled wife to foul-mouthed city preacher (Aloysius Bujingo) has run to High Court in seek of an order for the immediate transfer of the case to a higher court.

In yesterday’s proceedings at the Kajjansi grade one magistrate court, Teddy through her lawyer Julius Galisonga raised a plight of concerns. Among her complaints was that the Grade one magistrate Mary Babirye and her court have no jurisdiction to discuss or handle a matter beyond shs 50 m. The enstranged preacher’s wife says she and her ill mannered husband hold a fortune of shs 2 billion and that alone implies their matter is past the grade one court as stipulated by law.

In other concerns raised, Teddy and her lawyers deemed it tricky for the lower court to grant her divorce and then refer her to the High Court. “If I’m divorced at this point, my ex husband Bujingo will have all grounds to reject sharing our fortune in bits”, she said. “It also does not add up for court to handle only one matter and refer us to another court. We prefer High Court since it’ll handle both cases of divorce and assets sharing”, she added. Much as the court proceedings were ongoing, Pastor Aloysius Bujingo opted to abscond and delegated a lawyer to represent him. This alone leaves the public in high doubts as to whether the pastor can sustain a legal battle.

Earlier in mid July, Pastor Aloysius Bujingo while appearing at a pulpit before his congregation put up derogtary comments on his wife. He told his mass that he had spent millions of money on buying cotton wool and pads for his wife suffering from fistula. This comment however drew moralists, rights activists and politicians who all ganged up on the preacher on grounds that his remarks demeaned and disrespected women and mothers at large.