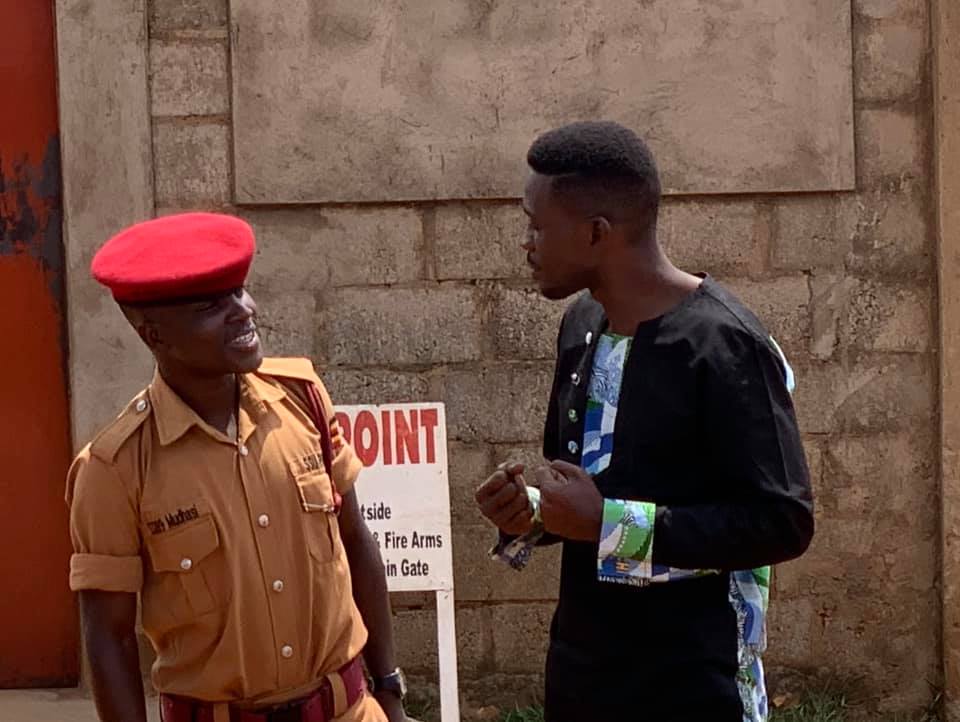 He started off by visiting Dr. Stella Nyanzi at the women’s prison and was very glad to find her in very high spirits.

“She sends greetings to all comrades in the struggle and encourages all of us to soldier on!” Bobi Wine said.

He then went to the men’s prison and visited several comrades who are being held on “ridiculous charges”- including several of them who have been arrested for putting on red berets.

“What I am glad about is that none of these comrades is discouraged. On the contrary, they are all more determined to fight the injustices in Uganda, having been victims of it and tasted it first hand,” he noted.

He added: “I also encouraged them to know that all oppressed people stand with them and ultimately, we shall overcome!”

Last week Nyanzi appealed to the high court challenging her conviction and sentence.

Dr. Stella Nyanzi is  a Makerere University Research fellow who was earlier this month sentenced to 18 months in prison for cyber-harassment., however, she is  expected to serve for nine months since she had spent a similar duration on remand.

Nonetheless, in her appeal, Nyanzi argues that the court did not have the jurisdiction and that she allowed the charge that was incurably defective, unacceptably vague and barred by law. Therefore She wants the conviction quashed and the punishment set aside on grounds that the magistrate passed an illegal and disproportionate sentence.

Dr Nyanzi was found guilty of disturbing the peace of President Yoweri Museveni and his late mother Ms Esteri Kokundeka in a Facebook post.