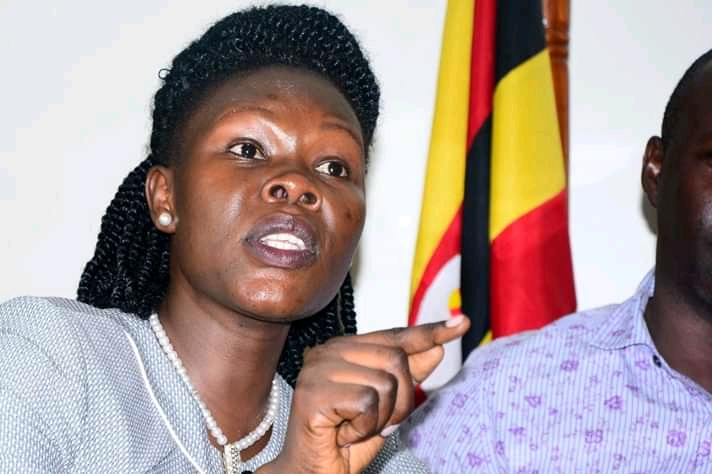 From the time the Minister cried out to the public domain for help, a lot has been ongoing in her life.

Since her revelation that Mafias were hunting and haunting her in pursuit of her life, Evelyn Anite’s life has since changed. In the midweek, she successfully bribed a gang of youths into staging a failed solidarity protest in Arua Park business centre. All this never yielded as the public eye merely looked at it as a stunt. For a fact, police did not even bother getting any closer to this small group holding placards. So the protest never yielded leaving the minister in more trouble. On Thursday evening, the minister used her journalistic skills to convene a presser in which she further launched a narrative of her phones being tapped and intercepted by the Mafias. This cry too just as the ‘death threat’ was simply laughed off by the public and business went on well. One would want to know why Anite’s death cries have been reduced to mere jokes. This attitude stems from her 2017 “we have the majje narrative” during the age limit bill crafting.

Losing hopes in the public, the young minister has now sought divine intervention. She has embarked on seeking salvation to perhaps secure herself a better position in heaven. Our sources found her leading a prayer sermon in which she was quoted preaching,

“For it is not an enemy who taunts me- then I could bear it. It is not an adversary who deals insolently with me- then I could hide from him. But it is you, a man, my equal, my companion, my familiar friend. We used to take sweet counsel together; within God’s house we walked in the throng,” she read.

Will God save Anite from the Mafias? We ask..