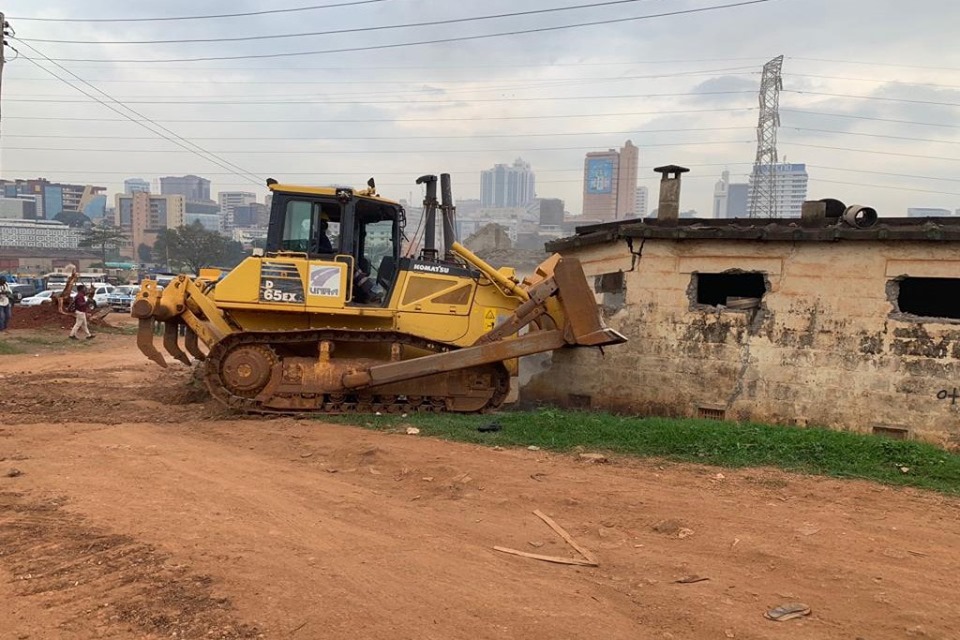 Villa Park has been demolished as the final clearance of the right of way for the Kampala Flyover Construction and Road Upgrading project is underway along Mukwano Road.

The Head of enforcement Uganda National Roads Authority John Ssejemba who is overseeing the clearance said that by sunset today they would have cleared all structures that are in the way so as to handover the area to the contractor.

According to Ssejemba the first phase includes clearing the structures from clock tower to Villa Park, Nsambya, Mukwano road, Kitgum House up to Centenary Park.

The Japanese government through its overseas development agency, JICA, is funding the project at a cost of Shs224b and the project is expected to be completed within 36 months.

However, according to the project design, the Clock Tower flyover will be half a kilometre long. The road from Shoprite at Queen’s Way towards Katwe side will be widened to have more lanes and the redesign will cover half a kilometer and the contractors are also expected to improve Nsambya Road, Mukwano Road and part of Ggaba Road.

The construction of the flyover on Entebbe Road serves a purpose of reducing congestion on a route which has the second highest traffic jam in the country after Jinja Road.

Traffic jam in the city has increased to the extent that motorists who reside 30Kms away from the city spend more than two hours to reach their workplace, especially in the morning.

The flyover project will be executed in phases; phase 2 will be on Jinja Road near the Centenary Park and Wampewo Roundabout. The JICA will also fund it. The tendering of the design for the second phase will be announced next year. Phase two is expected to cost Shs659b.

Unlike in the previous construction projects, UNRA says it has already acquired 65 per cent of the land on which the flyover will be constructed for the first phase.