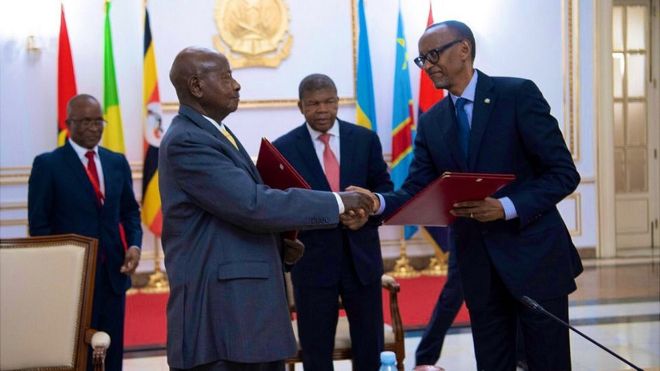 The diplomatic relations between Uganda and Rwanda have now sucked in media into communication regulators with each country blocking what they regard as the other regime’s ‘propagandist’ media houses.

The Uganda Communications Commission (UCC) was the first to order  Ugandan internet service providers (ISPs) to block access to Rwanda’s New Times website and 6 others a day after President Museveni and his Counterpart signed a peace pact.

Rwanda also in return blocked Ugandan new sites from being accessed by Rwandans such as the Observer, Nile Post, Soft power and New Vision,Daily Monitor, The Independent and the blocked sites can only be accessed via VPN.

However there has been no official communication from Rwanda but President Kagamae’s communication Yolanda in a tweet replying about the blockages noted that people need to learn the difference between cause and consequence declaring that Rwanda doesnot get slapped and the offer the other cheek.

In defence for the blockage UCC maintains that the Rwandan paper has for long continued to publish harmful propaganda against Uganda that endangers its national security adding that they are engaging the regulator in Rwanda and hope that the blockage is temporary.

The blockages from both countries come just days after Presidents Museveni and Kagame signed a peace pact in Angola on Wednesday, signaling an end to the bitter diplomatic relations between Kampala and Kigali that had resulted into the closure of Gatuna border.

Despite the two Presidents putting their misunderstanding away for the good of the nations they represent, the New Times newspaper, which is Rwanda government’s mouthpiece, continued to publish propagandist articles blaming the Kampala regime for the impasse.