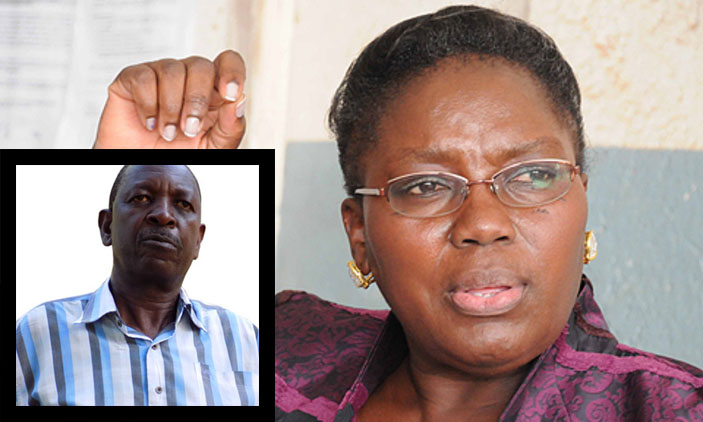 The speaker of parliament, Rt. Hon. Rebecca Kadaga has called for the immediate sacking of the ISO boss, Kaka Bagyenda.

This appeal comes days after one of the torture victims gave a tear triggering testimony before members of parliament last week. While appearing before the parliamentary Human rights committee chaired by Hon. Nantume Egunyu, Mr. Gabula Evans pinned the ISO boss Kaka Bagyenda as the mastermind of the prevailing abductions. In his narrative as a torture victim, Gabula painfully expressed the ordeal he went through at the time of his captivity. “For 72 days I couldn’t stand up. I would defecate in the same cell, be forced out three to four days after to dispose off the human wastes to a toilet. For all the 72 days, I did not even bathe. Mosquitoes dined on me as I donned in only one trouser”, confessed Gabula as he recounted his struggles.

Gabula says he was abducted on April, 25 this year by plain-clothed security operatives linked to ISO. He says they took him to Okello house in Kampala where he met the ISO boss, Kaka. While here, Gabula was offered shs 100 million to pin former police chief Kale Kayihura and former flying squad head, Nixon Agasirwe on treason charges. Gabula’s defiance to concede to the offer led him into deeper trouble as Kaka ordered for his incarceration that very day. Gabula says he spent 72 days in different safe houses in Entebbe, Kyengera, Kalangala, Nalukolongo all of which are run by Kaka.

In the different safe houses, Gabula says he was heavily tortured and spent his days in chains till a good Samaritan within ISO aided his escape on July, 1. Gabula noted that these ISO facilities housed a mammoth of Ugandans who remain missing even today. He says the first base where he was first detained had about 90 people, base two had 50 while base three had more than 300. Gabula proved to the legislators demonstrably by showing his scarred body with marks of beatings. He pleaded for parliamentary immunity to secure his safety.

This testimony has now come with a cost and Kadaga wants Kaka Bagyenda to step down and be probed for his atrocities. The speaker says her parliament cannot spectate any further as Kaka single  handedly commits horrendous crimes.

Who is Kaka Bagyenda?

Kaka is a serving UPDF soldier born on February 1952 in the current Ibanda District. He is a graduate of Bachelor of Commerce from Makerere University.
He was originally born Frank Bagyenda but adopted the nickname Kaka to elude capture by the Obote-led government which witch hunted for him to answer charges related to abetting an attack on Masindi Barracks.
The name, he says, was chosen by fellow NRA fighters in Masindi at the start of the Bush War just like many others who took on nicknames.
He has retired from the army in 1993 but maintained a clandestine presence operating in Ssese Islands, especially to protect government interest as a task that he had been assigned by President Museveni around 2011.