Salim Saleh tasks government to turn NAADS into an Authority 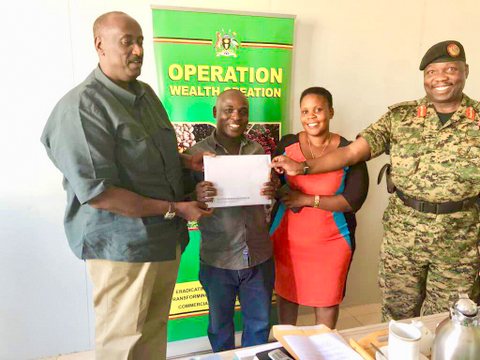 The coordinator Operation Wealth Creation (OWC) Gen Salim Saleh, has tasked government to uplift the current National Agricultural Advisory Services (Naads) to an authority with powers to make critical decisions adding that elevation is part of the changes in which officials from both  the Naads secretariat and OWC think they will achieve the set targets.

During the annual review on Friday, Lt Gen Charles Angina, the deputy coordinator of OWC, noted that Gen Saleh had tasked government not to think of disbanding Naads but elevate it to an authority for purposes of addressing logistical issues which have for long been a challenge.

Last year Government ordered the Ministry of Public Service to reorganize government structures with merger of a number of government agencies in a bid to cut down costs and many of the agencies are supposed to be reverted to the parent ministries effective 2023.

Nonetheless, the proposal by Gen Saleh is a direct slap in the face of the government and it is not clear if it will be implemented being that he is a first family relative.

Gen. Angina noted that their focus now lies in an Agri-Led process a new approach which puts districts and farmers at the centre of planning in both urban and rural areas with clear governance structures.

“This will make it easier for us to account for how many communities we have transformed instead of households which was the case with the first phase. Now in doing this, it will require us to ensure that we know everybody in the group,” he said.

The Executive Director Naads Dr. Samuel Mugasi complained that over the years the Naads budget has continued to dwindle adding that attention needs to be directed towards providing inputs for the farmers.

The Naads budget has over time reduced and the recent reduction as approved by the Parliament financial year 2018/2019 funding was reduced from 250bn to 145.9bn  which clearly represents a 41% reduction.