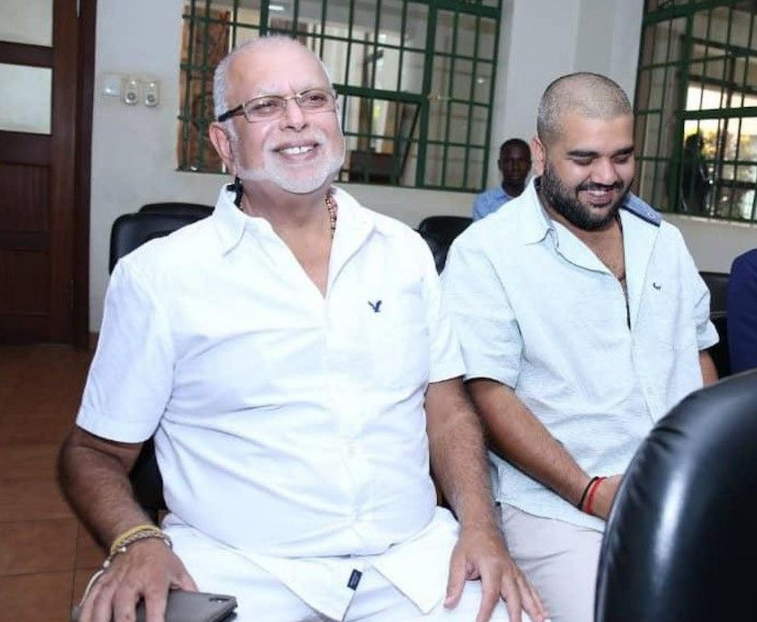 As the country continues to wonder who the Mafia is, several public officials such as Investment Minister Evelyn Anite have talked about the mafia in government to an extent of declaring that they want her dead.

Well for Dr. Sudhir Ruparelia it is a different story having had a  land mark win against the Mafia who robbed him of Crane bank where he says he had invested 25 years of his life.

Yesterday Court decided in his favour when the Commercial Court Justice David Wangutsi threw out a shs. 397 billion case Bank of Uganda had brought against him.

Dr. Sudhir noted that his win against BOU was a landmark wi over the mafia and the whole conspiracy holding the country at ransom because of greed.

Unlike other public figures that fear to mention the mafia, Sudhir didn’t shy away from saying that former BoU Executive Director In Charge of Commercial Bank Supervision Justine Bagyenda and the BoU Deputy Governor Louis Kasekende were looking for “retirement money.”

Sudhir further noted that he was the largest Shareholder of Crane bank investing lots of money and time including 25 years of his life into the bank before the Mafia led by Justine  Bagyenda robbed him of his bank, assets and Capital.

“I’m a shareholder. I put lots of money and 25 years of my time in this bank and you steal my bank? You steal my assets, all my paid up capital was stolen,” Sudhir said.

Sudhir went ahead to appreciate the lawyers that have helped him stand up against the mafia declaring that they are straight Lawyers who value their careers and stand for the truth unlike the BOU conflicted Lawyers connived with the Mafia.

The Conflicted Lawyers Sudhir was referring to include BoU’s MMAKS Advocates Kanyerezi Masembe and AF Mpanga’s David Mpanga as well as Dfcu lawyers Sebalu and Lule Advocates who were declared conflicted by court because they had previously served as Sudhir’s lawyers.

Dr. Sudhir said that his win against BOU was a tremendous and Historical achievement that nobody in the past has been able to get against the Central bank since they had stolen several banks and not accounted to the shareholders.