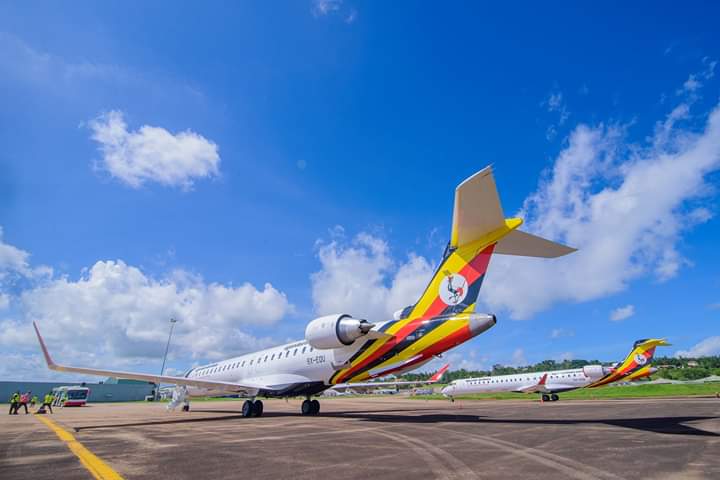 Today was the official flag off ceremony of the long anticipated commercial flights for Uganda Airlines.

The first flight saw members of the NRM government hit the airport premises by early morning hours. In fact, rumours from some of the airport staff stress that some either spent the night at the airport or nearby hotels to get their share of the flight.

Rt. Hon. Dr Ruhakana Rugunda the lead launcher addressed the press before the official event. He submitted, “As we launch commercial flights, two of the four Bombardier aircraft were successfully delivered and approved to fly”, “The other two will be delivered next month as scheduled. The airbuses will be delivered later in 2020”, he added as he smiled at journalists.

Rugunda further hailed his government for stepping its efforts higher to revive some of the collapsed institutions. “Today, we stand here as witnesses to this historic moment were our national airline takes to the skies. I am glad some of us have had the honour to be associated with this great day. The country will always remember it”, he said

The debate sprang from one of the displayed air tickets which bore a wrong spelling error. The word ‘passenger’ was misspelt as ‘passanger’, something that has drawn a span of criticisms from the public. People wondered if such minor errors would not elevate to bigger ones in the management of this Airlines. Veteran journalist, Timothy Kalyegira lashed out at the Airlines management in a tweet where he said; 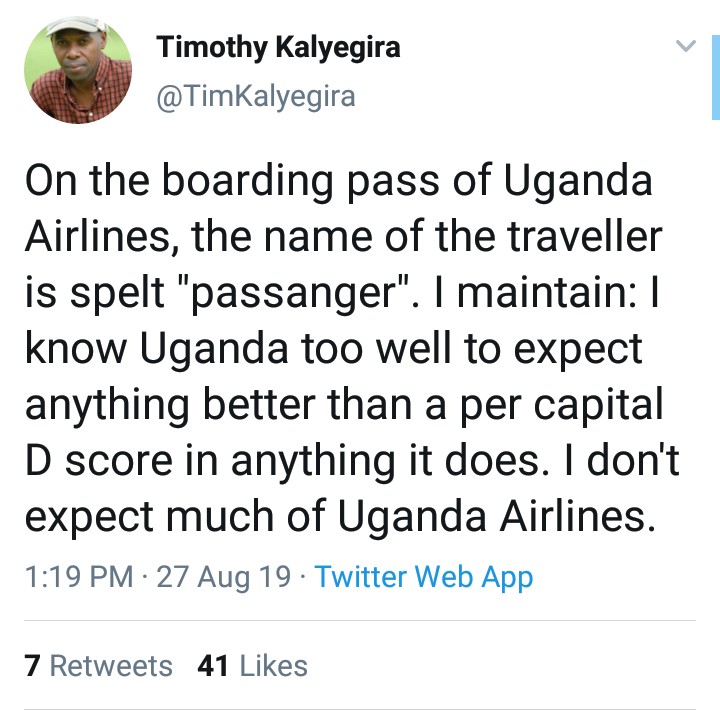