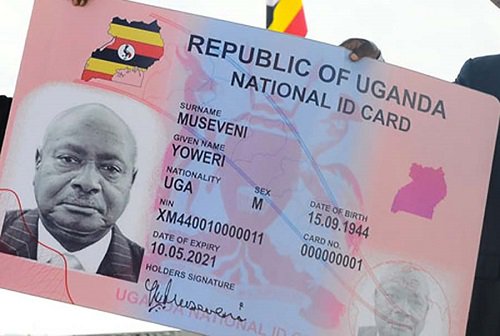 The Electoral Commission has finally revealed that the National Identification (NdagaMuntu) will not be used during the fourth coming general elections in 2021 but one must have a national identification number or NIN.

National ID remarks come in the wake of different Politicians such as Bobi wine who is also a potential Presidential candidate rallying Ugandans to acquire national Identification Cards so as to be able to vote change come 2021.

The deputy chairperson Electoral Commission Hajjat Aisha Lubega  shocked the Public during a stakeholder’s meeting when she revealed that the ID’s will not be a prerequisite for one to vote adding that no one  will be allowed to vote if their name does not appear on the voter’s register.

“Every Ugandan should have an ID but the major, the guiding and the important document that the election commission has to carry out an election exercise is the voters’ register, every voter should ensure that they have been registered as voters,” she said.

She further noted that for one to be eligible to vote she or he would have to ensure they fulfill the following.

. Verify the polling station he or she will vote.

According to EC, the deputy Chairperson said that the demarcation of the new electoral areas is set to be conducted  on 3rd-14th September.

With worry that some of these newly demarcated electoral areas an avenue for Museveni’s NRM government to rig elections, Hajat Aisha said that the newly created polling areas are a result of an increase in population.

“The demarcation comes as a result one, the numbers has become big ,there has been new creations through Local government, so that changes the status core ,we have to go back to the villages to do new demarcation and reorganisation of polling stations,” she said.

Nevertheless Mr. Crispin Kaheru, the coordinator of Citizens Coalition for Electoral Democracy in Uganda (CCEDU) noted that in the past, the country came face to face with some of the ghost polling areas because many times people don’t pay attention to this kind of important process of demarcating the areas urging the public to pay attention to some of these new changes.

Uganda’s next general Elections are expected to take place in 2021 with Robert Kyagulanyi Ssentamu as Museveni’s top competitor in what is already a heated electoral season ahead of Ugandans.