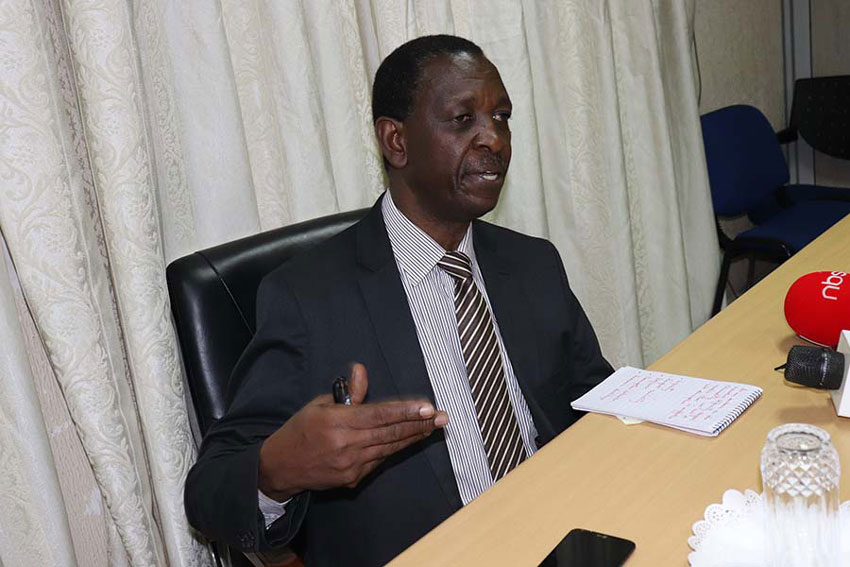 Kaka who declared he does not believe in torture for one to tell the truth said he prefers soft measures of working with criminals to help them transform into responsible citizens so that they can help security agencies identify other lawbreakers.

While addressing journalists at his office in Kampala, he said he cannot deny weevils who among his team who torture but his method of work is use of soft measures in response to the public outcry.

He further noted that in a bid to fight criminality, their efforts are most times frustrated by the bureaucratic court processes before he paraded People believed to be former criminals saying that they had transformed and they are now ISO informants in the struggle to fight crime.

One of the Paraded former criminals was identified as Paddy Sserunjogi aka Sobi told journalists that he was in the same safe house with Mr. Evans Gabula. Gabula was last week appearing before the Parliament Committee on Human rights where he revealed that he was tortured for over 72 days by ISO operatives in a Kyengera based Safe house but Sobi dismissed Gabula’s testimony as false.

“Someone who has been tortured can’t just run away like how he [Gabula] did. They used to beat us at Kireka and you would spend a month crawling. Did he remove his shirt and show MPs the scars on his body? Did he have any medical documents to prove his torture claims?” he said.

Ex- Criminal turned ISO informant Sobi said that Gabula was being used by some security operatives and mafia to undermine the credibility of ISO.

A few weeks ago, a group of Citizens asked court to declare all arrests by ISO unconstitutional and asking for the immediate closure of all safe houses operated by the Kireka based agency.

As the country continues to face reports of Kidnaps and disappearance of different people linked to People Power, after many days of uncertainty some of these have been found held captive in the various safe houses across the city.