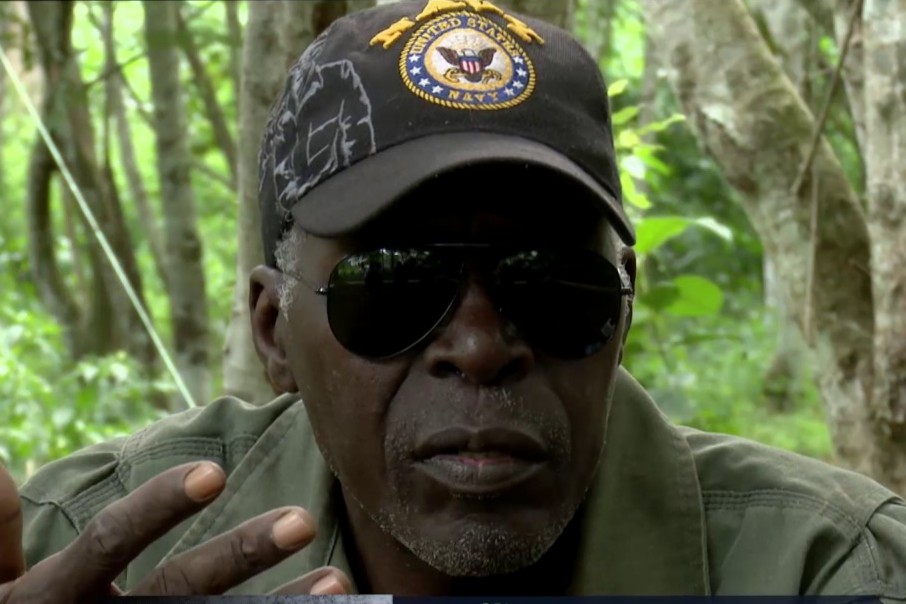 Retired UPDF soldier Maj Gen Kasirye Ggwanga has been dragged to police again for shooting a vehicle and deflating its tyres.

The incident happened over the weekend in Kajiji Village Mityana where he short a fuso lorry loading eucalyptus logs.

After the shooting, the lorry driver was forced to run to the nearby police station where reported the matter since he was ferrying trres from his own forest.

According to Wamala Region Police spokesman Nobert Ochom, police is already investigating the matter in which Kasirye Gwanga shot at a lorry deflating it’s tyres.

A few weeks ago when Kasirye Gwanga announced a struggle to protect and preserve the environment in Mityana  people thought it was a joke until he attacked Gerald Wambi and  his lorry.

Kasirye Gwanga had prior warned all those who encroach on the forest reserves to cut trees to stay away before he starts hunting them one by one.

In a bid to protect and preserve the environment, Kasirye Gwanga noted that people had started cultivating forest reserves to earn a living and others given leases to plant eucalyptus trees yet in the long run wells and swamps are drying up and shortage of water is worsening in the area.

He has since shot and deflated tyres of two trucks in the fight against environmental degradation.

In January this year, he shot at a car apparently belonging to singer Catherine Kusasira at Makindye, a Kampala suburb, for playing loud music.

On August 15, he shot a lorry Reg No UAW 232K that was carrying logs from Kajogi in Mityana District to Kampala accusing the owners of destroying natural forests.