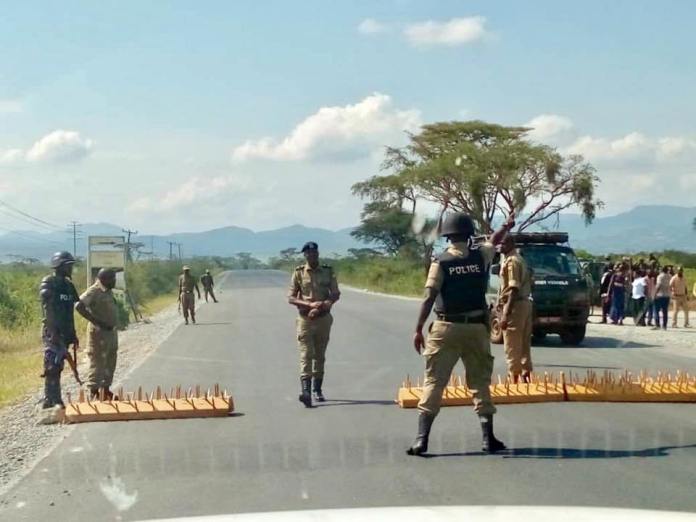 Police has erected a road block and barred Forum for Democratic Change [FDC] officials from visiting victims of the fuel tanker disaster in Kyambura Rubirizi district.

According to Muhinda, blocking the officials in Rubirizi is not enough but Police has now turned to hunting for opposition figure Besigye who stealthily went to Bundibugyo to inaugurate People’s Government Regional Assembly for Rwenzori.

“Traffic on the busy road including tourists are blocked as Police checks all vehicles looking for Besigye,” Muhinda noted.

Amuriat and Ingrid were coming from Fortportal connecting to Rubirizi while the unannounced appearance of Kiza Besigye in Bundibugyo rattled security since they claim he is not allowed in the Rwenzori region without clearance.

Ingrid noted that they had gone to condole with the fuel tank victims and families who lost their loved ones but Police did not allow that to happen since they deployed all types of security men to block them adding that security operatives are so much hurt by FDC covert activities in Bundibugyo since they got to learn of their presence after they had left.