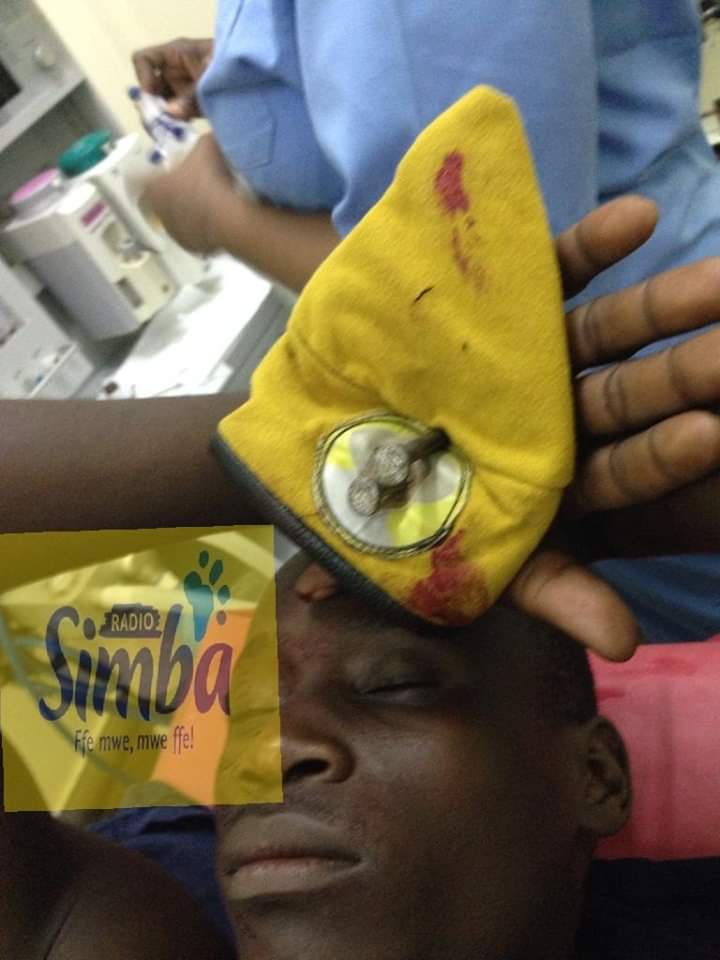 Baker Kasumba, 21 a resident of Makerere Kavule has survived a mob attack after being caught red handedly stealing from Kaleerwe market. 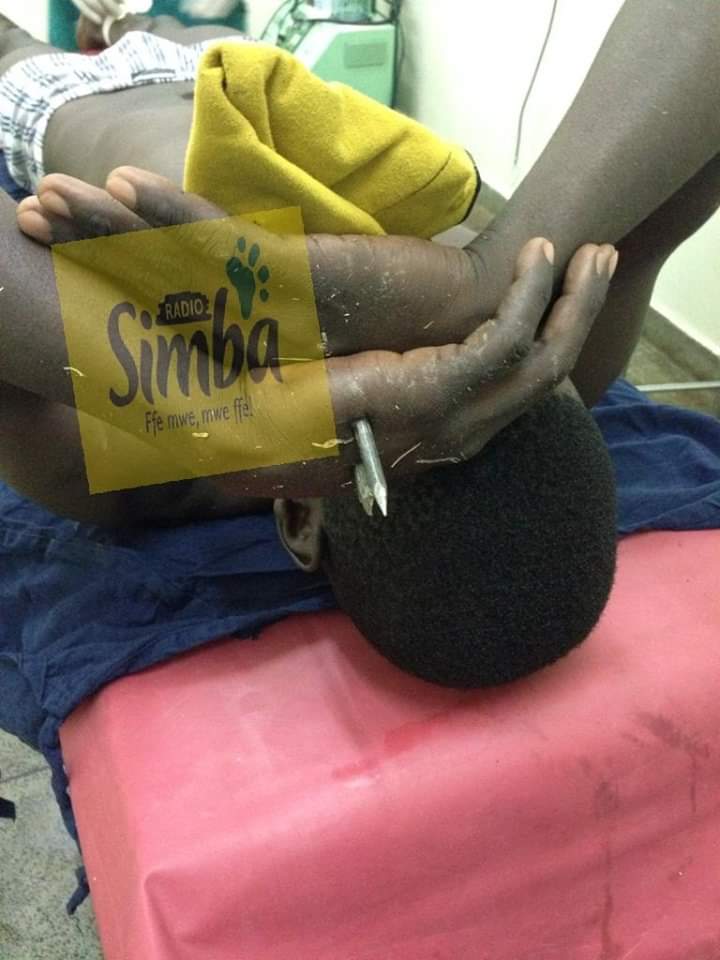 According to emerging reports, Kasumba was caught very early on Wednesday morning as he attempted to break into one of the business stalls of a market vendor operating in Kaleerwe.

The mob later rounded on him and administered serious beatings that left him severely injured. The thief was surprisingly donned in a yellow barret identifying with the ruling National Resistance Movement party. His identity alone angered the charged mob which resorted to hurting him with six inches nails that pierced their way through his palms. On to his palms was his yellow barret attached as he painfully weeped in agony. 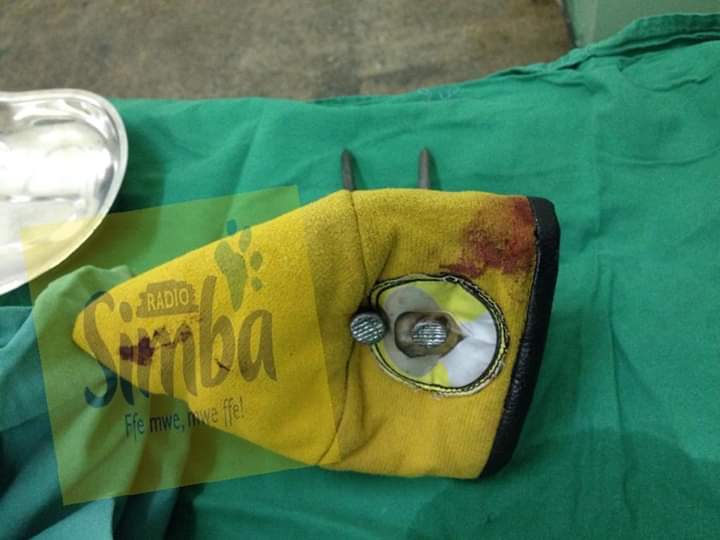 Kasumba remains in hospital amid investigations. Neither police nor the NRM has said a word relating to the incident