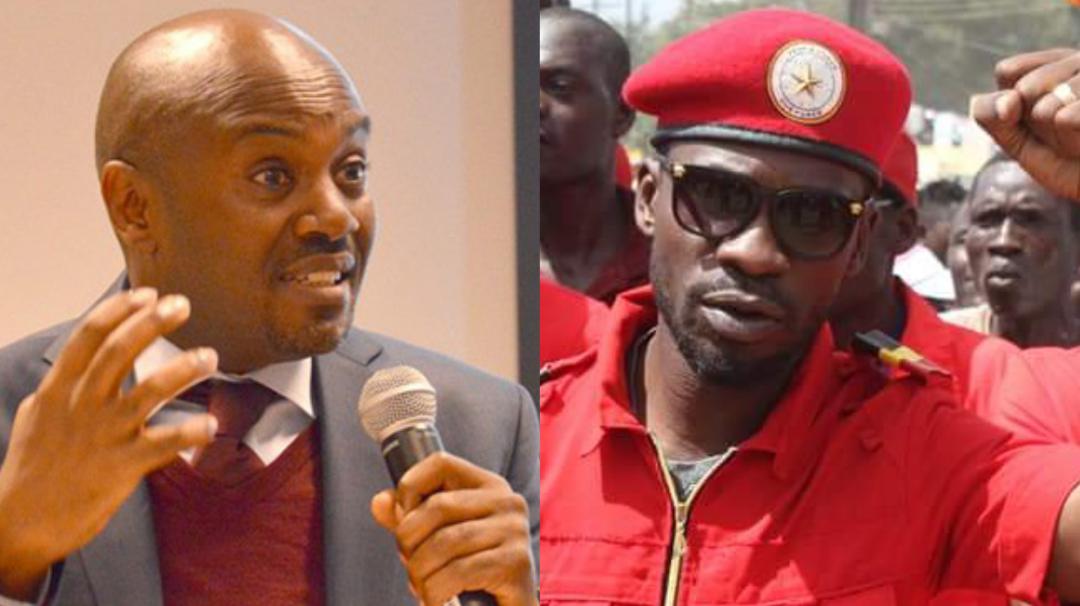 Popularly known for propaganda against opposition big wigs such as Bobi wine and Dr. Kizza Besigye is Andrew Mwenda.

Mwenda has once again attacked Bobi wine’s People Power movement supporters saying that it is a cult of extremely delusional people who are one of the most intolerant movements that happened to Uganda.

Mwenda asserted that the movement has leaders and supporters who believe that they are too cool and the only ones who can deliver Uganda out of it’s current situation.

He further attacked the movement that it is driven by emotions to grab power without interest in policy adding that People Power ought to distinguish itself by it’s values and beliefs.

When the debate got a little heated, Mwenda shockingly said that People Power is supported by barely unemployed lumpens and hooligans who have no direction unlike Museveni’s NRM.

In a bid to make headlines, veteran journalist Mwenda accused the movement of being addicted to abuse, intolerance and false accusations stating that such tendencies are likely to hinder the formation of a united force against President Museveni ahead of 2021.

As 2021 comes closer People like Andrew Mwenda are awaiting to see the downfall of the People Power movement just like Mbabazi’s Go forward went down the drain by speaking ill about the movement saying that People Power can never accept a united front.

Well as it stands People Power is supported by the majority who are desperate and desire change and most of its supporters are youth who are 70% of Uganda’s population.