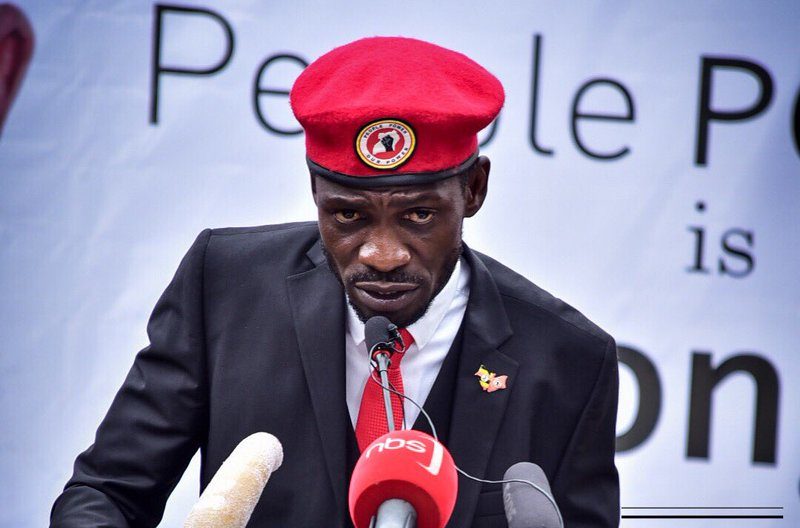 Hours after a picture of an NRM boy who been hammered by unknown people went viral on social media, Robert Kyagulanyi Ssentamu aka Bobi wine took to his pages to condemn violence in all its forms.

He said that he had seen  gross pictures of a young man who was allegedly attacked by unknown people, hit on the head, and had his hands nailed identified as Kasumba  a resident of Kawempe age 21.

Bobi wine said that if the images circulating were a result of political affiliation then he and his team condemn it in the strongest terms possible adding that President Museveni and his regime got power by using extreme violence on our people and have sustained themselves in power through extreme violence.

He urged all citizens of Uganda that no matter how much we get provoked by this regime, we must not fall into the trap of resorting to violence, because as the history of our country has showed us, violence only leads to more violence and the cycle never ends.

He emphasized that People Power believes in a non-violent struggle to rid Uganda of dictatorship through elections and other peaceful means.

He further added that he is aware that many People Power supporters country wide  have been arrested, beaten up and assaulted by the authorities for putting on the People Power berets in a very provocative manner but the only reason for this kind of behavior is because the regime wants to portray the People Power movement as violent .

Bobi wine also noted that the most unfortunate thing that has happened to Uganda is that no one can tell what is true and what is not leaving Majority of Ugandans in the shadow to distinguish between what comes out of the Police and the media.

A few days ago Police released a video of what they claimed were moments of Ziggy wine being dropped at Mulago hospital but to many people who watched it, they could not help but wonder how Uganda ended up where it is.

In shock, Bobi wine said  that after the Ziggy wine video incident, the country cannot confirm the account of Kasumba’s alleged nailing   but hope that Police acts professionally in investigating the case as well in bringing the criminals to account .