Kasirye Gwanga applauded for his approach towards protecting the environment 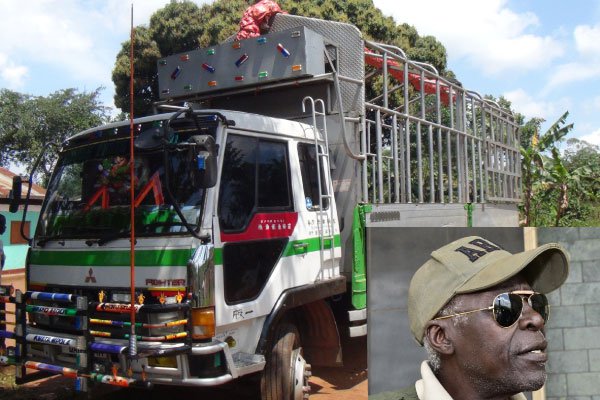 Leaders noted that the retired soldier is their champion and hope in leading the crusade to restore the depleted forest cover that has been encroached on.

Kasirye Gwanga who is popularly known as no nonsense guy for his approach to issues that affect the environment recently warned that no body would be allowed to cut down trees in Busujju county.

People who thought he was joking were shocked to hear that he had shot and deflated tyres of a truck carrying eucalyptus logs headed for Kampala  from Kajoji Village in Maanyi Sub-county.

Among those supporting Kasirye Gwanga’s actions is the Mityana Central Division mayor Mr. Fred Wotonawa who said that local leaders lack the political power to stop the depletion of forests in Mityana due to external factors adding that most people engaged in cutting down trees are either soldiers, guarded by soldiers or big shots in government.

The leaders applauded Kasirye Gwanga’s style of sorting issues saying that his arrival will save the remaining forest cover since Police does nothing but protect those cutting down trees because they are usually paid Kitu Kidogo.