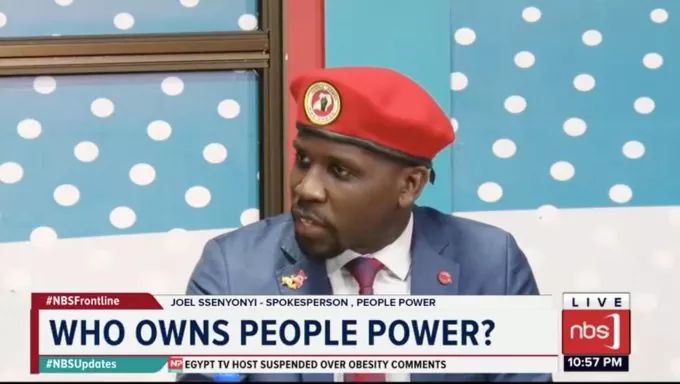 From disowning abusive social media users to advising people to take off red berets if they want to pass out their own personal messages, Joel has won more hearts of Ugandans. The People Power spokesperson last night won converts for the wave following his clarity on the exact ideological stand of the people’s movement. All Joel’s submissions evidently left veteran journalist, Mwenda nodding his head in a gesture of expressing his defeat. Our reporter brings you some of the picks from yesterday’s debate.

RELATED; NRM wants to lure me with money-Joel Ssenyonyi

Ssenyonyi: Coming up with coordinators was a consultive process. We’ve been rallying people to go get their national IDs and now they’re saying something different. I appeal to the EC to unconfuse people. It’s shallow to think that the more units we have, the better the service delivery we get. That is where the problem is.

Joel Ssenyonyi: We’ve been to some of the deepest places in Uganda and we’ve found support for People Power. There are many Ugandans who have been disenfranchised and locked out of the system. We all must wear the crown. People Power wants to create a country that works for everyone.