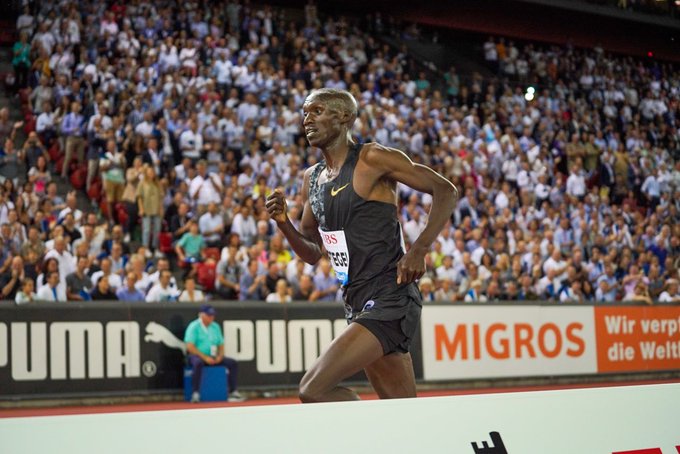 Ugandan long distance runner Joshua Cheptegei swept to victory in the final 5,000m race of the Diamond League in Zurich Thursday. Cheptegei made light work of the field by speeding off from the start to beat the tape in a new personal best of 12.57.41 to win a Diamond Trophy and $50,000 prize money that goes along with it. Ethiopia’s Hagos Gebrhiwet was second in 12:58.15.

Cheptegei, 22, is already a  World Cross Country king and double Commonwealth Champion. He said the victory was the perfect warm-up for Doha World Championships. “If I go fast, I go fast. On the last lap I thought that I can win the race. I was expecting to win. I believe in myself and this victory gives me even more confidence” Cheptegei said.

“In Doha I will not compete in the 5k but the 10k. Winning the gold medal there would be special because I have never won a track gold at World Championships. I planned this race and I expected to win. I will train in the mountains of Uganda until Doha and the good thing is that my coach will be there, too.”

The 5000m race was being ran for the last time in the Diamond league as the IAAF is scrapping the 12 lap race from its list of Diamond League events in 2020.