Kenzo speaks up on their failed Relationship with Rema 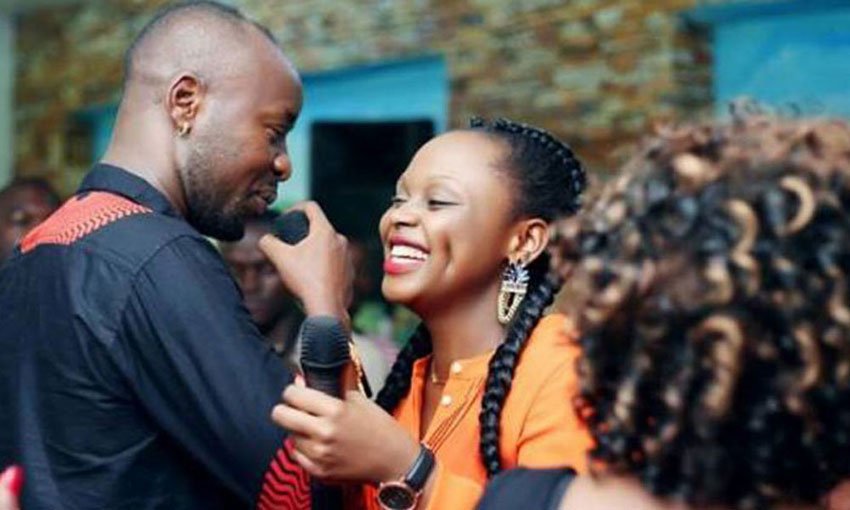 Singer Eddy Kenzo has regretted over his failed relationship after reports over the weekend indicated that his former lover and fellow singer Rema Namakula had gotten a new boyfriend and they were set for formal introduction ceremony scheduled for November.

Last year Rema shocked radio waves when she recorded another hit titled “Siri Muyembe” depicting a relationship where a lady is being treated as a raw mango in which her lover is waiting for her to ripen before he could feast on her.

The song caused uproar from all corners of the entertainment interest and revelers welcomed it.

However the hit song seems to have been directed towards Eddy Kenzo since he had been in a relationship with Rema for morethan 5 years and he had  never shown any interest in formalizing stuff hence Rema has now unveiled a new boyfriend set to be his official husband in a few weeks to come.

As Facebook inlaws continue to fantasize on the relationship that Rema and Kenzo  wishing  the two did not break up and hoping that the marriage is fake news, Kenzo has come out to clear the air through his facebook page.

Kenzo who seemed so hurt about the news of Rema getting married soon said he would not do any media interviews about the issue of Rema and Dr. Ssebunya  but regretted his failed relationship saying he had lost the mother of his child to another man even when they had dreams of being the best celebrity couple but Life had different plans.

“I am not going to prove myself right because God knows why our relationship failed. We wanted to have the best couple and best life but that is life,”Kenzo posted on his Facebook on Sunday afternoon.

He further added that all they did was pray that their differences be settled but God had other plans than what they had asked of him declaring that two weeks ago during their last conversation he had confessed to Rema that he loved her so much but she didn’t sound like she believed his confessions.

“As people, God gives us different things from what we ask Him. I have been telling this to you from day one and I remember telling it to you two weeks back in our last conversation that I love you. I don’t know if you believed me or not.”

The Famous BET award winner said after every storm comes a rainbow and therefore he will forever respect Rema Namakula as the mother of their beautiful daughter and they will always talk about their daughter as parents.

“Rema is Aamal Musuuza’s mother forever and for good. That will never change and means we will talk to each other until one of us is dead,” Kenzo says.

The climax of Rema and Kenzo’s on and off relationship will be an introduction ceremony where Rema Namakula is expected to introduce Dr. Hamza Ssebunya to her family in an event that will be held at her parents’ home in Nabbingo.

Dr. Hamza Ssebunya is an obstetrician and gynecologist at Mulago Hospital set to be introduced on 1st November and is also believed to have been the gyn that worked on Rema when she was pregnant with Amaal Musuuza.

Nevertheless even when Kenzo seemed so hurt about the breakup, Kenzo said that he wished Rema all the best with his new boyfriend and advised Ssebunya to take good care of Rema adding that he should love her unconditionally because she is a good person who deserves all the love there is in this world.