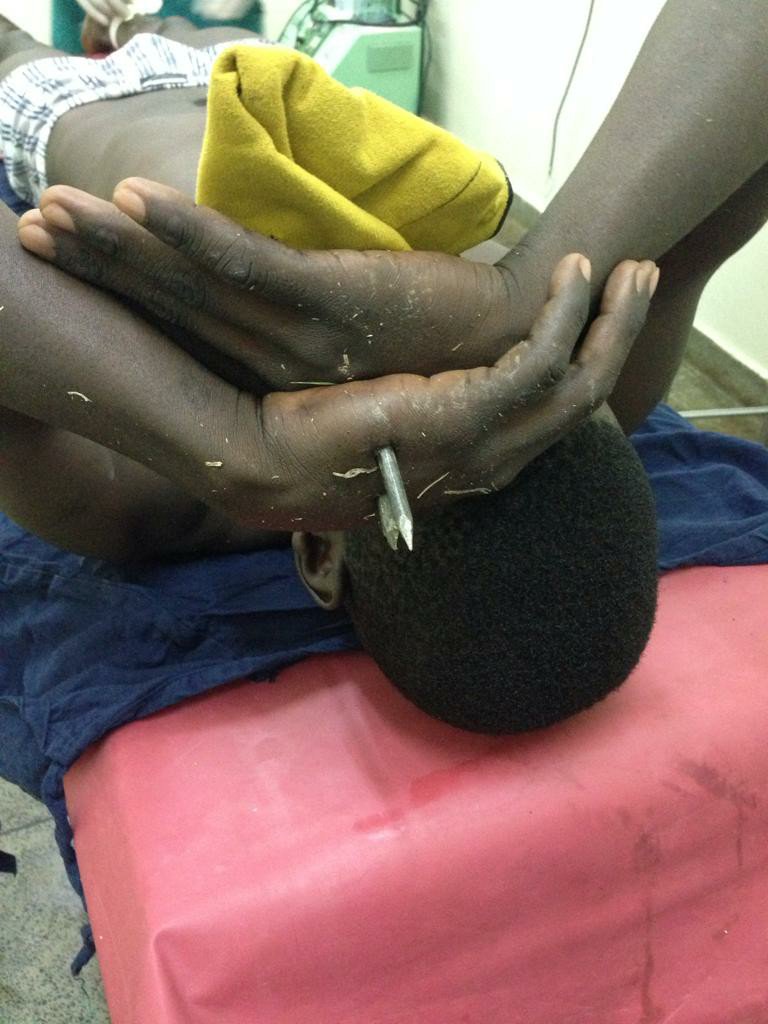 The National Resistance Movement (NRM) party has transferred their supporter Baker Kasumba who was nailed by unknown people for supporting president Museveni and the ruling party.

Kasumba says that he was trailed by unidentified men who intercepted him at Kalerwe flyover crucifying him with six inch nails for supporting Museveni and NRM before he was rescued and admitted to Mulago until yesterday.

During Lumumba’s visit to Kasumba, the Party’s secretary general Justine Kasule Lumumba announced that the party will take care of all medical expenses that included transferring the patient to a secret healthy facility for his safety.

“As the NRM party, we are going to take care of his treatment and we are also going to take him away from here to somewhere secret because people have started trailing him here at Mulago hospital. We have received information from different people on the same,” she said.

While it is not yet clear on who hit Lumumba, Lumumba condemned the acts saying that such acts can only be perpetuated by animals and very evil humans.

“This is inhumane; it can only be done by someone who was never born or has never seen any religion. Whoever did such should be burnt in hell by the hottest fire.”

She went ahead to declare that she is 100% sure that the People responsible for Kasumba’s suffering are People Power Supporters as narrated by Kasumba.

However Bobi wine as the People Power movement Leader noted that he condemns violence and all its forms but he was not sure it had happened since NRM is capable of anything and they can never stop surprising us.

“I must add that the most unfortunate thing that has happened to our country is that no one can tell what is true and what is not true. The majority of the citizens cannot even tell whether what comes out of the police force is true or not,” Bobi Wine said.

“Only a few days ago, they released a ridiculous video that they claimed depicted moments of our fallen brother Ziggy Wyne at Mulago hospital! Many who watched it could not help but wonder how we ended up here.”

Bobi wine said at this time no one can trust the photos and statements released by police in regards to the matter but hoping that Police investigates the issue professionally so that they can bring the criminals to account.