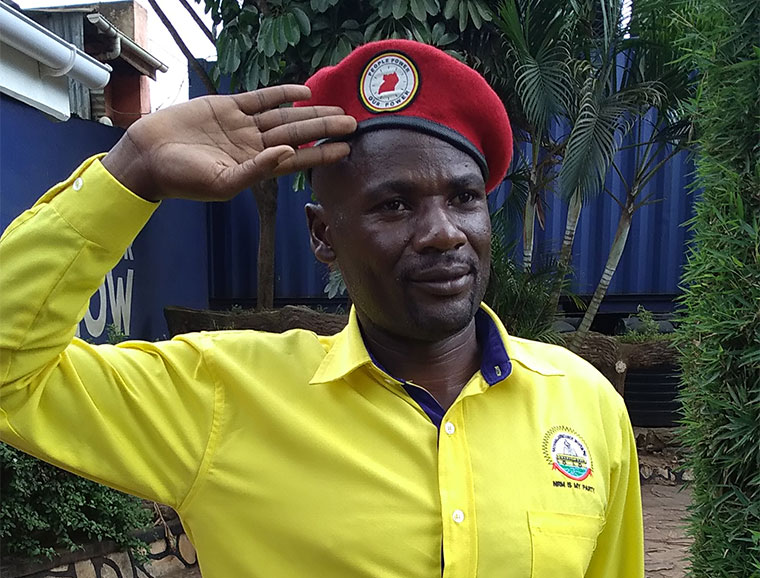 Kasambya County MP, Hon. Gaffa Mbwatekamwa has vowed to punish fellow member of parliament and mover of the infamous Age limit bill, Rapahel Magyezi, by ejecting him from Parliament come 2021.

Mbwatekamwa, who was recently appointed as the people power coordinator for Ankole region, he said that he will contest for the Igara West seat that is occupied by Magyezi. He added that now was the time to make Magyezi pay for his sins of betraying Ugandans when he moved the Age Limit bill that saw the removal of the presidential age limit and thus paved way for Museveni’s continued stay in power.

Mbwatekamwa has already started mobilisations in the constituency and he recently donated an ambulance to Bitooma Health Centre III, which is in Igara West. His agents are already on ground doing the mobilisation so as to ensure that he has a smooth sail come 2021.

Mbwatekamwa and Magyezi are relatives and they both hail from Gongo village in Kyamuhunga town council. Bothe belong to the ruling NRM party, however, Mbwatekamwa has been a strong critic of president Museveni and the NRM over bad governance and poor service delivery.

Raphael Magyezi rose to infamy when he spearheaded efforts to remove the presidential age limit. In a private member’s bill that was later adopted by government, Magyezi pushed for lifting of the 75 years barrier and in effect pave way for Museveni’s continued stay in power. The bill sailed through amidst bribery of NRM MPs and brutality that was meted out on opposition MPs. Many of them including Bobi Wine, Zzaake and Betty Nambooze were brutally beaten up and sustained injuries.