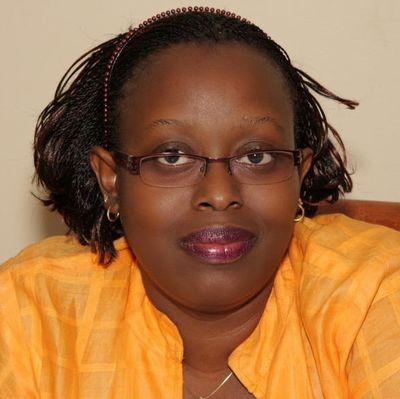 A State Attorney who accused the Deputy Solicitor General of sexually harassing her has been deleted off the payroll. Samantha Mwesigye, who recently came out to detail harrowing tales of sexual harassment by Mr. Christopher Gashirabake, found out at the end of August that her name had been deleted from the payroll and she subsequently received no salary.

Ms Mwesigye accused Mr Gashirabake of sexually harassing her for more than 10 years. The Ministry of Justice and Constitutional Affairs set up a committee to investigate the allegations and shockingly, Mr. Gashirabake was cleared of the allegations in July.

Now following the conclusion of the matter, Ms. Mwesigye was shocked to find out that she has been deleted from the payroll over absconding from duty. In a teary email, Ms. Mwesigye said:

“One would think my harrowing experience would have stopped there but alas, this male-dominated workspace of mine has determined that as a form of punishment, I was to be deleted off the payroll. I first heard of it on August 27, a week after I resumed work and had not been given any work to do. On August 28, I then spoke to the assistant commissioner of Human Resource Department, who confirmed it wasn’t a rumour but I had been deleted from the payroll.”

A source within the Ministry of Justice and Constitutional Affairs, confirmed that Ms Mwesigye has been deleted from their payroll for being away from duty for seven months. The source said that after penning her complaint, Ms. Mwesigye walked away from work and only returned in August. This, they said, is against  the public service standing orders state that once a civil servant absconds from duty for a period of 30 days, such a staff should be struck off payroll.