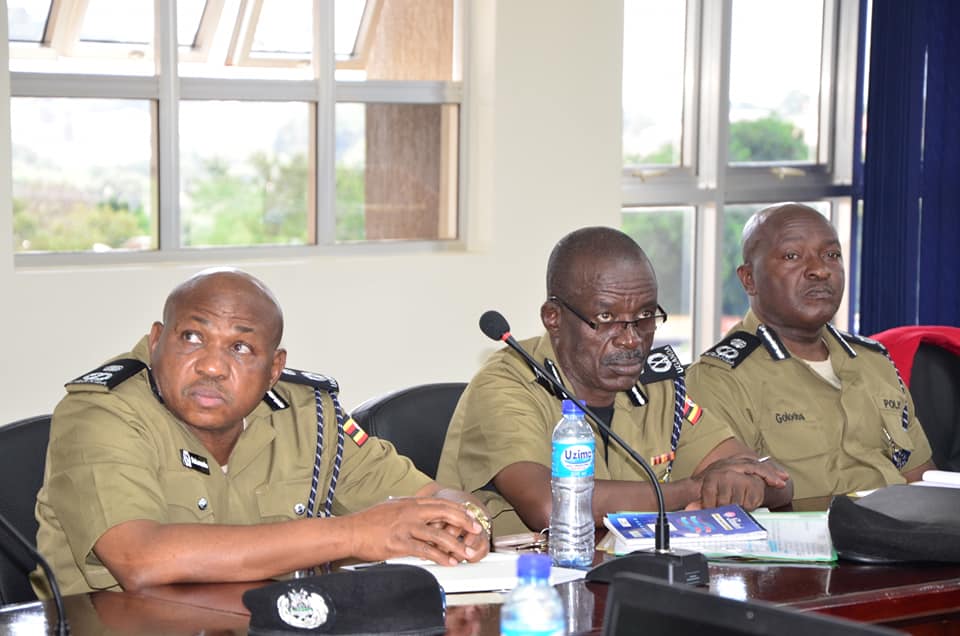 The four UPDF soldiers, who were recently appointed by President Museveni to top police posts two months ago, have assumed their offices. The handover of offices was presided over by the Deputy IGP Maj Gen Sabiiti Muzeyi at Police headquarters in Naguru on Monday.

Brig Jackson Bakasumba, who was the Uganda People’s Defence Forces (UPDF) commandant for Peace Support Operations Centre in Singo, was appointed head of Chief of Joint Staff, a newly created position in the police.
Col Sserunjogi Ddamulira, who was the Director of counter terrorism at the Chieftaincy of Military Intelligence, is the new director of police Crime Intelligence.

The President is said to have been forced to appoint an army officer to head crime intelligence in police to improve investigations into the rising spate of armed robberies that have puzzled security agencies. However, critics say that the appointment of UPDF soldiers into the police force is a well calculated plot to militarise the police force. Currently, the deputy Inspector General of Police is also a soldier.