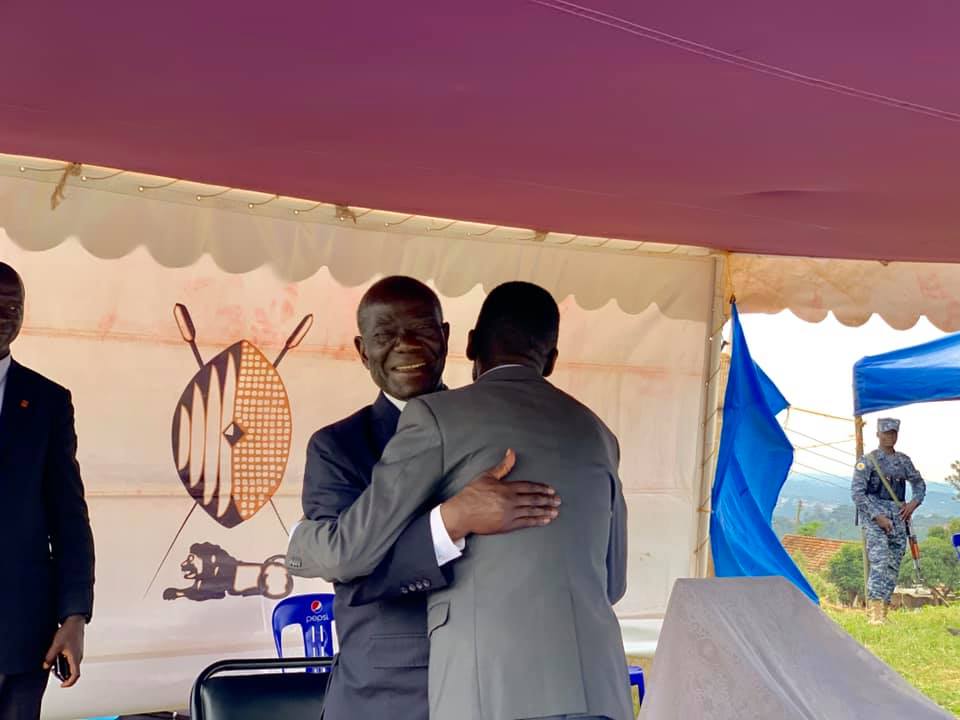 Vice President Edward Ssekandi is a man who rarely smiles or shows his excitement publicly. This weekend, however, he was all smiles as he met the People Power movement icon, Hon. Robert Kyagulanyi Ssentamu in Buddu as Buganda Kingdom held the Bikka Soccer Tournament Finale.

Vice President Ssekandi is an iconic leader in Uganda’s politics being a candidate instituted by Museveni to appease both Buganda kingdom and the catholic church. This is particularly interesting because Kyagulanyi meets both criteria that got Ssekandi elected to the office of the Vice President.

Ssekandi despite actively serving in the NRM has been said to recognize the faults of the NRM government. He is particularly not comfortable with the rising levels of poverty in the government he serves. He is also aware of the growing clique of mafias in government who are notorious for fighting anyone who disagrees with them or stands in their way of looting the state.

It is no surprise therefore that Uganda’s Vice President Ssekandi was all smiles this weekend as he met a young man who has come to be the icon of hope for all Ugandans who seek to see a change in this country. The Vice President gave Hon. Kyagulanyi a hug. It still remains to be seen whether Ssekandi will be in trouble with his benefactors for fraternizing with his boss’s greatest threat.