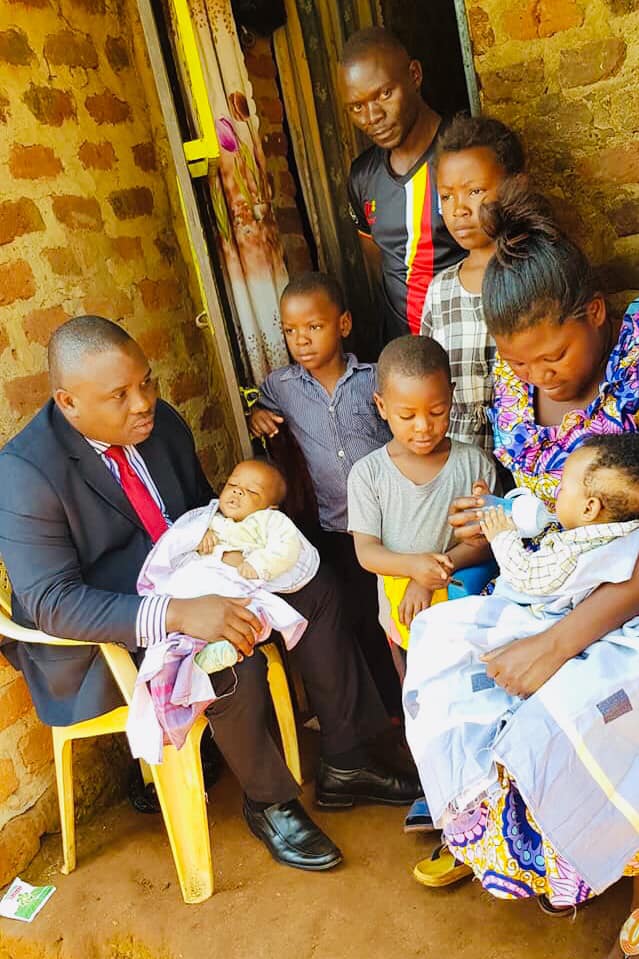 Lord Mayor Ssalongo Erias Lukwago has come out and offered help to the widow of slain Ssalongo Ronald Kitayimba who was killed alongside Mariam Nagiriinya last week.

The Lord mayor made a courtesy call to the widow at her home in Nalumunye Mutundwe where he carried a wide assortment of mostly household requirements.

Ssalongo Kitayimbwa left behind 5 children including the twins that he had with his wife. She now has the uphill task of raising 5 children as a single mother.

The government is yet to provide any answers to the family about why and how their loved one met his death. The Police have carried out a number of arrests as always but no clear explanation for the kidnap and murder has been provided.

There has been an increased number of kidnappings and murder in Uganda in the recent past but security agencies have not been able to determine the cause of these incidents. Who are the kidnappers targeting? For what purpose? Why are they murdering their hostages?