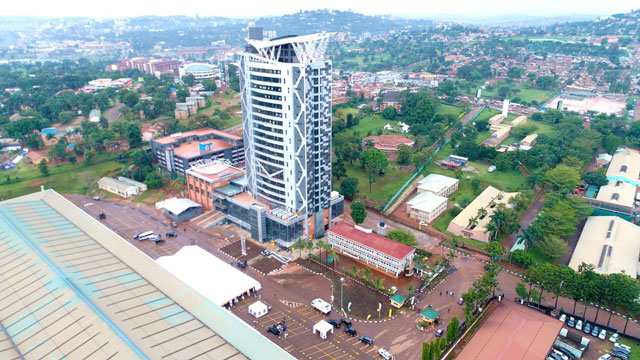 URA confirmed the incident saying that they are now looking at a more robust solution aimed at protecting the newly installed louvers.

Social Media was awash with photographs of collapsed walls, flooded roads and blown off rooftops across the city after the Mon day afternoon hailstorm rains.

Before People had come to terms with the disturbing photos, A video captured by a URA staff member started making rounds where employees were seen running away from their desks taking refugee as computers flooded in rain water.

Even when it is not clear which floors were leaking, what is clear is that the 23 floor building cost tax payers Shs 139bn and was officially commissioned by President Yoweri Kaguta Museveni in January this year and with Its completion URA had to shift most of its staff from nearby Kampala offices to the Tower.

The same tower houses the office of the URA Commissioner General Doris Akol.

However, Efforts to reach URA officials for a comment were futile  but they released a press statement to explain the floods. 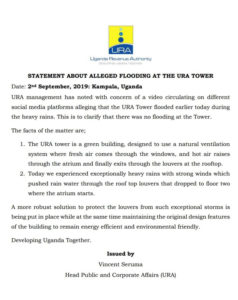