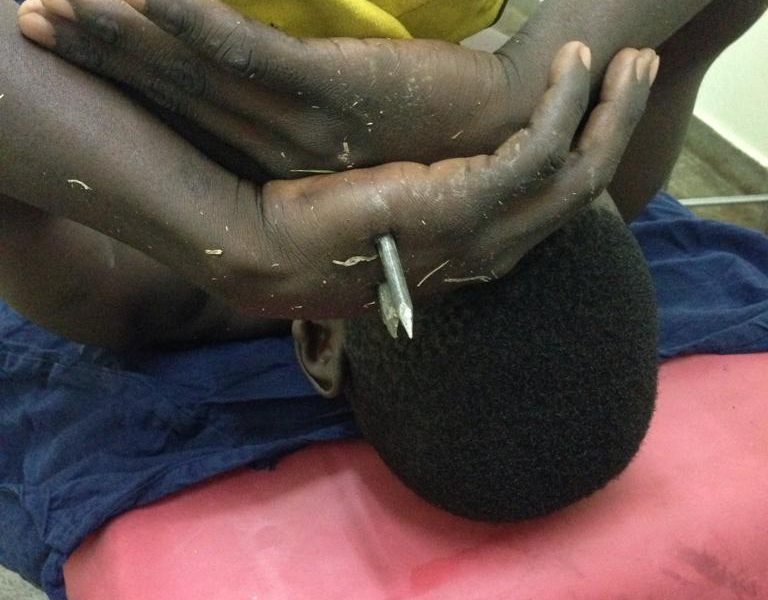 Controversial Presidential advisor on media, Joseph Tamale Mirundi, has come out to rubbish claims that the opposition was responsible for the nailing of NRM supporter Baker Kasumba. Tamale Mirundi has said that the nailing of Baker Kasumba is the work of the NRM mafia trying to discredit the opposition and discourage the wearing of the yellow berets.

Last week, a one Baker Kasumba reportedly had two six inch nails driven through his palms and joining his arms. He was nailed with a yellow beret that he was wearing. It was then alleged that his only crime was appearing in public wearing a yellow beret that is associated with NRM. The NRM party leaders later came out to claim that this was the gruesome work of opposition activists, specifically, people power supporters.

However, while appearing on Top Radio, Tamale Mirundi questioned the manner in which he was nailed. “How comes that there is no any chair who has come out to say that that boy is from his area? Has he been an ardent NRM supporter? These are mafias trying to spoil my yellow berets. Can a killer let you survive? How comes that the nail did not pass through the bones in the palm, they targeted the flesh? This is a pure lie. There is a clique of people within NRM is trying to make people scared of buying these yellow berets,” he said.

Tamale Mirundi is no stranger to controversy and has over time come out to speak against the works of a mafia clique within government an NRM as a party. It should also be known that Tamale Mirundi is the pioneer of the yellow beret, that he fashioned in response to the red berets of people power movement.