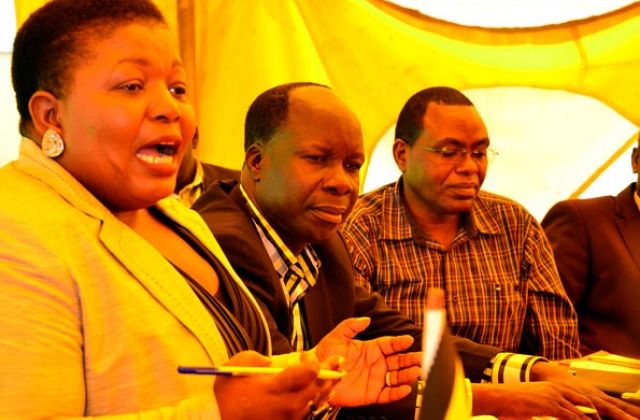 National Resistance Movement (NRM) officials are bitter with the US embassy in Kampala for ‘frustrating’ their efforts to acquire visas for this year’s Uganda North American Association (UNAA) convention in Chicago, US.

The UNAA convention is the largest gathering of Ugandans in North America and features networking, business, education fora, and political governance debates. Some NRM leaders, who were all set for the convention, claimed in separate interviews that while their Opposition counterparts were granted visas, they, on the other hand, were made to wait for their interview appointments, which in the end led to them missing the event.

“We partly applied late and the process was electronic. Many of us applied between August 12-15 and by the time we completed the application cycle, the only available dates for appointments were past the dates of the event. We tried to talk to our foreign affairs ministry but nothing much could come out of it,” one of the applicants said on condition of anonymity.

They said their visa interviews were scheduled for mid-October, but  to their surprise us is opposition MPs and musicians were granted visas without much hustle.

One of the affected people said: “This (issue) deserved a diplomatic approach, where one would say if this is the party in power and its members are going and the Opposition have already gone [for the convention], maybe let us also grant them visas.”

The convention is supposed to be a two way thing the ruling party and Opposition arguing out their issues because for them maybe they look at numbers and say, ‘but we have granted visas to many Ugandans’. But the question is: which Ugandans because others go as entertainers?”

One of the applicants who applied for the US visa in the last week of July said most of the slots for interview appointments had been booked, with the earliest being August 22, which was a week to the convention.

The US embassy spokesperson, Philip Dimon, told the press that when scheduling visa appointments, the US Mission does not give preference to specific parties or individuals.

“Events such as the annual UNAA event are known well in advance, and we strongly encourage individuals planning to attend to apply early. Sadly, every year, we have individuals, officials and private citizens alike, who wait too late to apply for a visa to attend UNAA and we are simply unable to accommodate them,” he said.

Dimon added: “This is always a busy time of the year for our Consular Section as many Ugandans seek to travel to the US for business, pleasure and to study. We always encourage applicants to apply early because wait times for interviews are long given constraints on staffing at the embassy.”