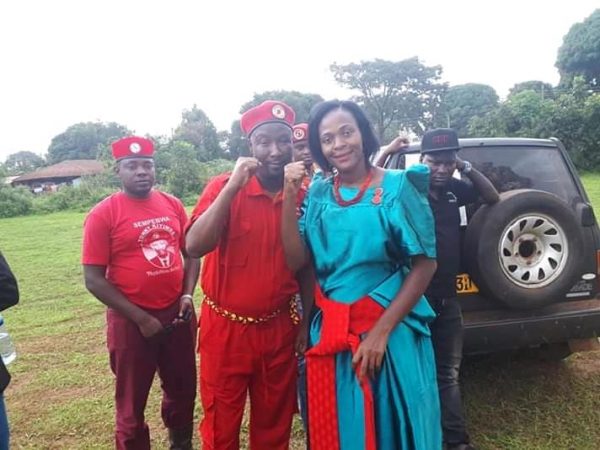 Police in Hoima have arrested the Kasangati Town Council Mayor in Wakiso district, Tony Kiyimba Ssempebwa, for using a government vehicle to campaign for an opposition candidate.

Ssempebwa was part of the group of opposition politicians who graced Hoima town amidst tight security to boost the campaigns of Forum for Democratic Change (FDC) candidate Asinansi Kamanda Nyakato for the Hoima Woman parliamentary seat.

The Albertine Police region spokesperson said the Mayor is currently in detention at Hoima Central Police Station before any further action is taken.

“He has been arrested while campaigning using a government vehicle registration number LG 0039109,” Hakiza said

“We have preferred charges of abuse of office against him.” He added

Bobi Wine and other opposition politicians on Monday stormed Hoima to campaign for FDC’s Nyakato amid tight security. They were welcomed by a mammoth crowd at Butema trading center and their procession paralyzed traffic for over an hour prompting a team of security officers led UPDF soldiers and anti-riot police to block their entry to Hoima town.