Xenophobic attacks in South Africa force many into hiding 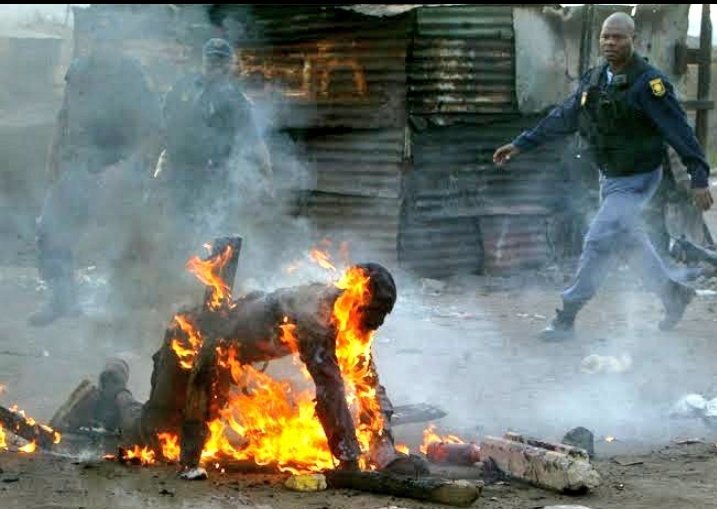 This week, gruesome images and videos showing acts of violence have erupted over the internet. This is a depiction of what is turning out to be a recurrent problem in South Africa.

The problem of xenophobia continues to puzzle Africans especially working in South Africa who from time to time are targeted by the locals, for no other reason but their entrepreneurship in the country.

It is not clear what has sparked off this latest wave of xenophobia in South Africa but some sources point to reckless comments by some leaders. The Mayor for the Gauteng Province has for example been cited to have made comments which sparked off these gruesome attacks on foreigners.

There is another video circulating the internet of the Deputy Minister for Police making comments in which he says that some cities in the country have close to 80% foreigners.

South Africa faces a growing challenge of youth unemployment especially among the blacks which oftentimes has led them and their leaders to look for scapegoats to their challenge. Foreigners who have established themselves in South Africa are looked at as a stumbling block in the journey for South Africans to find employment.

The country that has been targeted most in this recent wave is Nigeria with many Nigerians in South Africa being accused of engaging in the illegal sale of drugs and narcotics, plus sparking crime through illegal possession of weapons. As a result, many businesses owned by Nigerians have been targeted by looters. We have also seen images of women being undressed, some people being set on fire, shops being firebombed and so on.

At Ekyooto, we recognize that various Ugandans are working and living in South Africa. We ask all South Africans to cultivate a spirit of “ubuntu” towards their fellow African comrades; as we have done so to them over history. Uganda and many other African countries are home to various South African companies and businesses. By continuing xenophobic attacks, South Africans risk putting their citizens abroad under risk too. 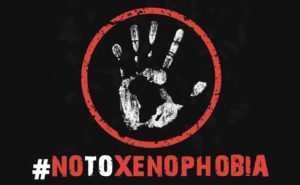 We, therefore, in the strongest terms condemn xenophobia and call upon the South African government to act swiftly to address this challenge.