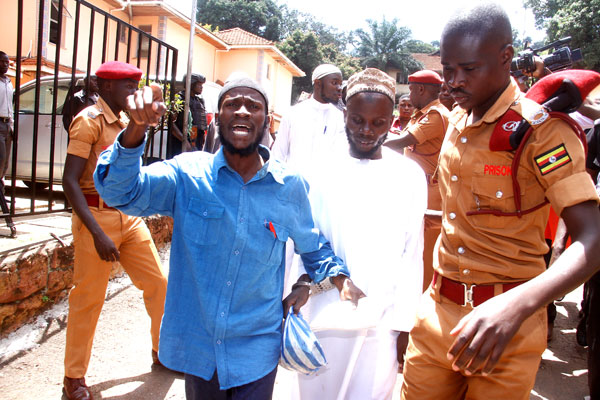 Eight men who are accused of murdering former police spokesperson and deputy IGP, Felix Kaweesi, are still languishing in jail despite being released on bail by court. The suspects were granted bail by Justice Lydia Mugambe on August 6th.

They appeared yesterday at the International Crimes Division of the High Court with hope of joining their family members that where eagerly waiting for them. However the court’s registrar Stella Atim broke the hope when she told she was unable to sign on their release forms citing that the court record to not have a signed ruling by the trial judge Lydia Mugambe permitting her to release them.

Atim informed the group that it is prudent that the judge signs the ruling to enable the her to sign the release order that is being sought. She deferred the matter to September 6 when she will sign on the release order and other documents after receiving the signed ruling of the presiding judge who sits at the High Court Civil Division.

They are part of the 23 suspects that were charged with Kaweesi’s murder, his body guard Kenneth Erau and driver Godfrey Wambewa and later committed to High Court on October 23, 2017 to stand trial.

Initially, they were returned to Luzira after prison authorities said that there was a pending production warrant issued against them by Nakawa Magistrates Court. However this was later put aside by the court. It now remains to be seen whether their release on bail shall be respected.