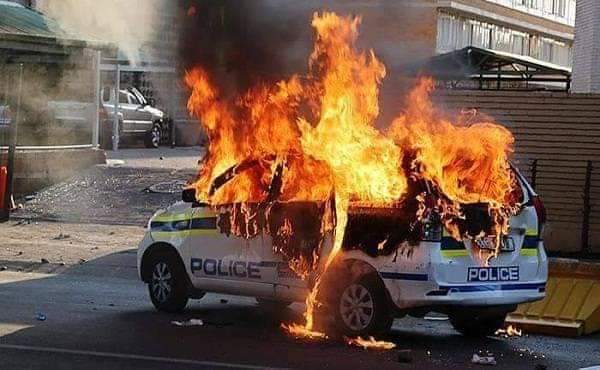 Since Sunday, the situation in South Africa is tense as nationals stage attacks on business enterprises owned by foreign nationals. Films of violence are making rounds on social media. One of the trending films shows a foreigner being set on fire. According to reports on ground, the violence is mainly in four provinces of Pretoria, Johannesburg, Capetown and some parts of Witwatersrand.

On the contrary, senior analyst Ivan Okuda says 87% of what we are seeing on social media is an exaggeration, some are incidents that happened in Asia.
“There’s a lot of fake news and exaggeration on what the situation is like”, Okuda says. “South Africa is a big country and the violence happens in about four provinces, but if you went to social media currently, you’d think the whole country is burning up but that’s not the case”, he adds

Xenophobia has been happening since 1994 when the Rainbow Nation was constructed, this essentially means we have had this cycle from 1994. When violence breaks out, nobody is spared. South African shops too are being looted.

Reports from Lagos indicate that Nigerians have also retaliated by targeting South African owned businesses like Shoprite and MTN.

Xenophobic attacks stem from a Twitter feud between Nigerians who constitute 8 million people living in South Africa versus native black South Africans on the other hand.