Court adjourns case in which six people are accused of hitting a magistrate with a plastic bottle. 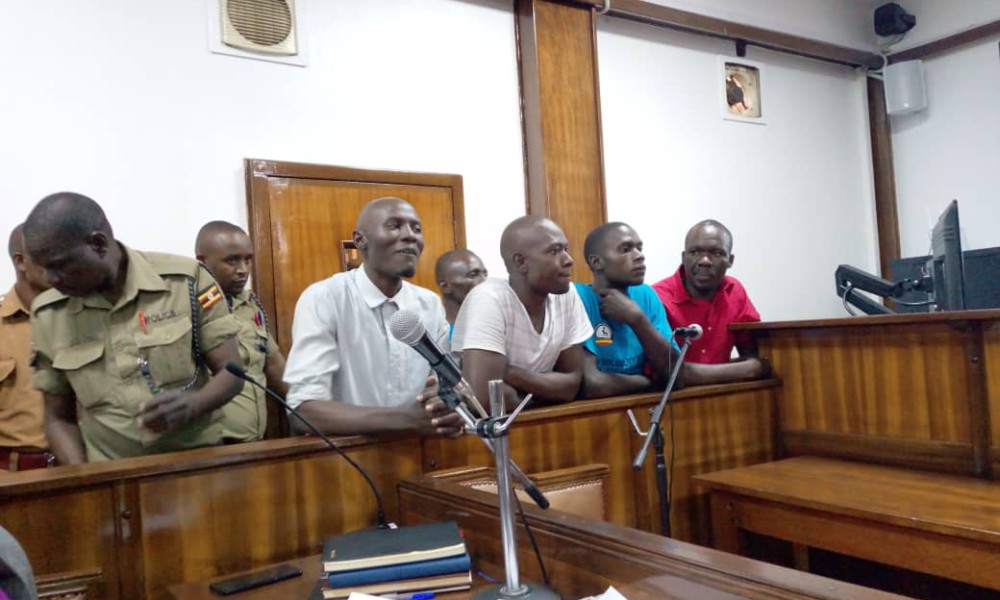 The Buganda Road Chief Magistrate’s Court has adjourned the case in which six people are accused of throwing a plastic bottle at a magistrate to October 1.

This was after the state prosecutor Miriam Njuki informed the court that the trial magistrate, Stella Amabilis, who is meant to handle the file, was away following the death of her son. This prompted the Grade One Magistrate, Marion Mangeni to adjourn all cases under Amabilis. “This case is adjourned to October 1, 2019, for hearing and the accused’s bail is hereby extended till then,” Mangeni ruled.

The case stems from acts that followed the sentencing of Dr. Stella Nyanzi to nine months in jail over cyber harassment. While reading out her sentencing, Grade One Magistrate, Gladys Kamasanyu was hit by a plastic bottle that was thrown from the crowd in court.

Prosecution alleges that the six accused and others still at large on August 2, 2019, at Buganda Road Court incited court audience to do an act of violence against her worship Gladys Kamasanyu by reason of her office. The accused also, within the premises of the court in which a judicial proceeding was being heard, showed disrespect in speech manner to reference of the said proceeding and the magistrate presiding by abusing her (Kamasanyu) with obscene words and throwing a bottle of mineral water to the magistrate and making noise in court.

It is also alleged that Kabali, Wanyera, Abenabyo, and others still at large unlawfully damaged or destroyed walk detector machine, the property of Buganda Road Court.