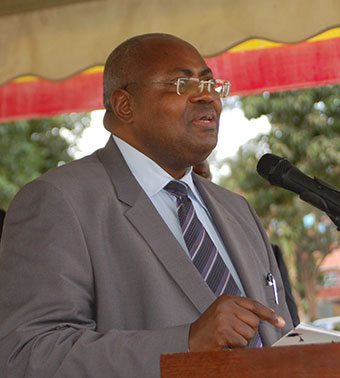 The Principal Judge Yorokamu Bamwine has made a shocking revelation that the current breed of judicial officers are very greedy. Bamwine was addressing mourners at the burial of former Supreme Court Justice, Alfred Karokora.

Bamwine said that cases of bribery, corruption, and other forms of misconduct in the judiciary and other offices were caused by lack of satisfaction and greed. He added that the need to amass more wealth was breeding greed among judicial officers.

Adrdressing mourners at Justice Alfred Karokora’s ancestral home in Ruharo ward, Kamukuzi division Mbarara Municipality, Bamwine revealed that the current generation of judicial officers has failed to prioritize service above self and instead resorted to living extravagant lives.

Justice Karokora succumbed to high blood pressure on Friday at the age of 83 as he was being rushed to a private clinic in Mbarara town. He served as a member of the Judicial Service Commission and was praised for pushing for the recruitment of more officers.

The judiciary in Uganda is grappling with corruption and recently, the Chief Justice Bart Katureebe was forced to institute a committee to investigate reports of widespread corruption among judicial officers.