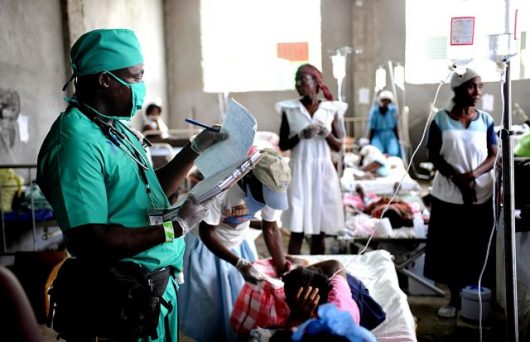 Over 13 People have been  admitted in hospitals around Busia district as a result of the Cholera outbreak in Eastern Uganda.

Since it is a rain season,  villages of Kisenyi, Arubaine, Madibira and solo are the most affected with high numbers of Cholera.  Over 12 Cholera cases were registered from one family and admitted at Dabani hospital.

She further revealed that the district had delegated a health team to sensitize the community about the cholera outbreak and also create awareness and behavioral change as the only way to do away with the outbreak.

The Manager Uganda Red cross  Fred Ouma noted that they were aware of the outbreak and are working with the district health team to create awareness as well ensure that all facilities of cholera victims are disinfected before they are discharged to go home.