One person arrested as police kick off investigations into the Entebbe Expressway shooting. 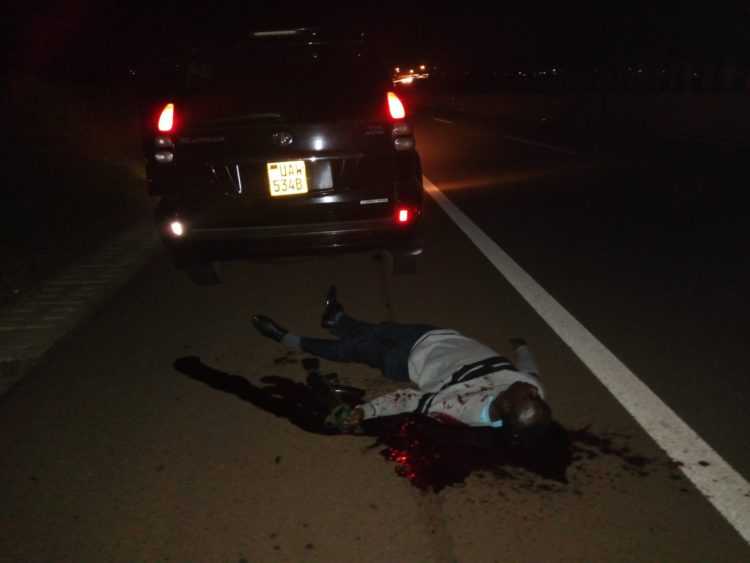 Police has arrested one suspect in connection to the car shooting  which occurred on the 5/09/2019, at around 10:30 pm at Nambigirwa Bridge, along the Kampala Entebbe Express Highway. The incident claimed the lives of two victims, who were occupants in a Black Toyota Land Cruiser under Reg.no.UAW 534B.

Constable Davis Taremwa, attached to the counter-terrorism Unit, was arrested at Hidden Treasure Hotel, Entebbe, by Internal Security Organisation (ISO) operatives. According to Enanga, preliminary findings indicate that the male victim and PC Taremwa Davis have been very close friends.

“It is on friendly terms, that he requested the officer who was on guard duties, at Hidden Treasure Hotel Entebbe to escort him to Millennium Hotel in Zana, where they had arranged business transaction, with a car dealer, identified as Suubi Robert,” he noted.

Adding that” The officer withdrew from his duty station and the 3 drove together to the Hotel.  The circumstances surrounding their movement from the Millennium Hotel, up to the stage where the shooting occurred at Nambigirwa Bridge, Mpala are still unclear.  It is what the task team of investigators and forensic experts are working to determine.”

Ennanga said the suspected police officer has been arrested and is under criminal investigation. “He is being examined for traces of evidence that could have remained on him, especially gun powder to help place him at the scene or not.  In addition his movements from Hidden Treasure Hotel where he was picked at 8pm, to Millennium Hotel, till 2pm when he returned to the Hotel are thoroughly being investigated,” he said.

The fatal shooting claimed the lives of Joshua Nteyireho and a lady, Tumukunde Merina Kayinza. We shall keep you updated as more details come in.